Ready for Unleashed? Buckle Your Seatbelt and Hold on Tight! 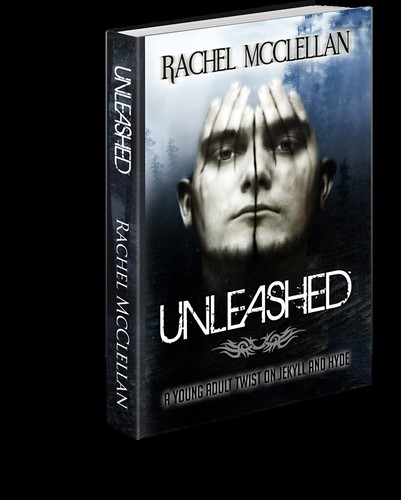 Seventeen-year-old Claire Williams’ tough upbringing has taught her how to throw a punch or two to survive, especially when it involves a man’s unwanted attention. But her strength waivers when she visits Bodian Dynamics, a medical research facility, and stumbles upon classified information—someone has stolen a drug that not only changes a person's appearance, but will also unleash a dark and evil alter ego. After an intimidating security guard threatens the lives of her friends if she speaks to anyone about the incident, Claire pretends the drug never existed. That is until she meets Gage, a teenage boy who doesn’t seem to have a conscience and who is hell-bent on making her just like him by unleashing her dark side. But Claire knows a secret—he can only die while in his normal state. And since Gage knows personal information about her, Claire thinks she knows who it is: either her best friend or her recent boyfriend. And once she figures out which boy Gage is hiding behind, she’s going to kill him, even if it breaks her heart.

MY REVIEW:  Unleashed is an original, edge-of-your-seat take on Jekyll and Hyde. McClellan weaves a tale of love and pain, and fighting for what you believe in, with characters you won't easily forget. Claire has had more than her share of pain and loss, only to find herself the obsession of “Gage” (the “Hyde” persona). I had no idea who "Gage" was until it was revealed due to McClellan's skillful storytelling. Seriously, this is a tale that will leave you breathless until the last page! And probably beyond. I highly recommend this book to anyone who likes a good story.

Gage found her facing the ocean, staring into the heavy fog, a hood pulled over her head. Long dark hair escaped from the covering only to be caught up in the wind, twisting around her face like Medusa’s exquisite snakes. He'd never seen Claire so beautiful. She remained still, like a sea glass sculpture frozen in time by the power of a lightning bolt sent down by Zeus.
He crept up behind her. She remained oblivious to his presence; any sounds he made were muffled by the crashing waves hidden within the fog. He inhaled deeply and reached his hand forward, tracing the back of her head with his fingers, but not touching. His tongue danced in his mouth and his eyes rolled back. Gage moaned, the sound igniting millions of nerves just beneath his skin.

Buy Unleashed on Amazon US, UK, and CANADA/B&N

Rachel McClellan, author of Unleashed and many others, was born and raised in Idaho, a place secretly known for its supernatural creatures. When she’s not in her writing lair, she’s partying with her husband and four crazy, yet lovable, children. Rachel’s love for storytelling began as a child when the moon first possessed the night. For when the lights went out, her imagination painted a whole new world. And what a scary world it was…

Ready for the Unleashed Giveaway? Enter below via the Giveaway Tools form!