Thanks to MK McClintock for hosting this giveaway hop. This hop is to celebrate the greatness of all things Scottish.

Way back in '91 or '92 I happened upon a rather heavy hardback book by the name of Outlander by Diana Gabaldon, which I'm sure you've heard of (unless you live with your head in the sand). I bought the monstrosity and read what was to quickly become one of my favorite books. I looked forward to each new book in the series because, like the rest of the world who's read the books, I fell in love with a certain redheaded highlander by the name of Jamie.

Thus began my love affair with the country of Scotland - a place I have yet to visit but is at the top of my bucket list. I watched and owned every TV episode of Highlander (which I prefer over the movies, though I also love the movies). I owned them on VHS, which dates me I know, but also tells you how long I've been fascinated by Scots. Sadly I had to give them away as I no longer own a VCR player (who does, seriously?). Someday I'll replenish my stock with the BluRays.

Scotland has given us many drool-worthy leading men as well: Ewan McGregor, Sam Heughan (now starring as Jamie in the Outlander TV series), Gerard Butler, Dougray Scott (Ever After, anyone?), James McAvoy, David Tennant (yes, #10 is Scottish! as is the current Doctor), Sean Connery, John Barrowman of Torchwood, Ray Park (Darth Maul and Toad), Angus Macfadyen, Richard Madden ... even Gordon Ramsay is of Scottish birth. Need I go on? Someone get me to Scotland, quick! 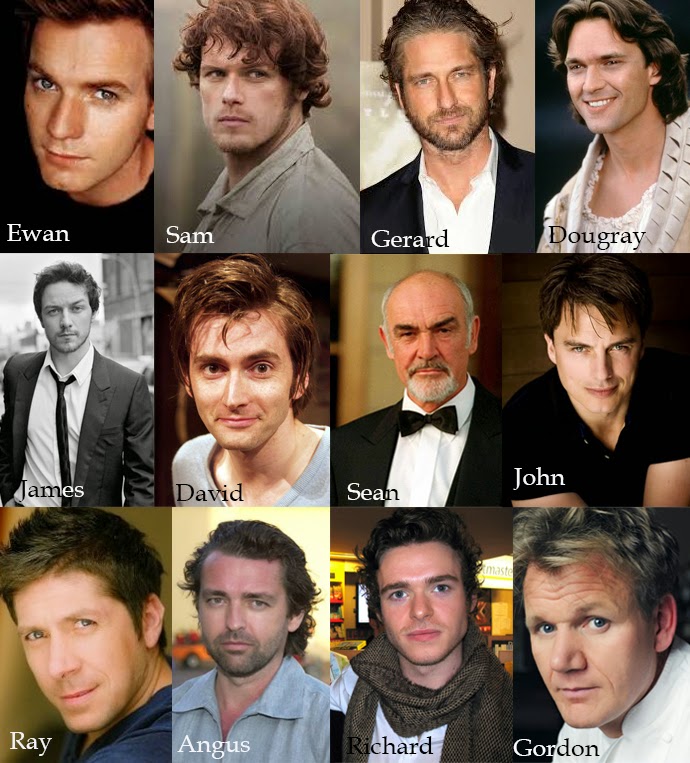 Because I'm a fan of so many Scottish things/people (okay, men) I'm giving you your choice of several items in my giveaway, either about or featuring highlanders. The physical things are US only because it's just too prohibitive to mail items out of the country. However, if it's a digital item, it'll be international as long as you can receive digital items from Amazon US.

Here's what you can choose from:

Choose any one of the entry options below to enter. I don't care which one you want to do, just do one of them. Then, if you want extra entries you can choose to do either one or both of the others as well. In other words, one of the three (your choice) is required, the other two are optional. Then, beneath the Rafflecopter is a linky list of the other blogs participating where you can win other great highlander prizes, so be sure not to miss that!