Just in Time for Christmas

Previously only available as part of the A Fantasy Christmas anthology, you can now purchase the novella Halfling on its own!


Read the three excerpts below the purchasing information. 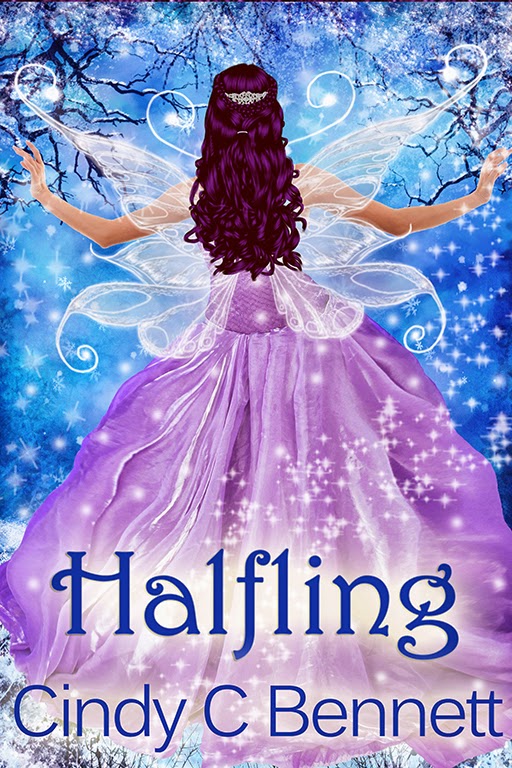 Banished from the South Pole, Kara tries to carve out a new life among the elves of the North. It’s not easy with a secret to protect—a secret she's cursed with by the unusual circumstances of her heritage: half-elf, half-fairy. In the North, she’s assigned to work with Seb on a special project. He's the most gorgeous elf she’s ever seen—and the orneriest.

*Get the ebook free with the purchase of the paperback on Amazon only.

Kara took a deep breath, her hand on the glass doorknob. A new beginning. She kept repeating the words over and over in her mind. They rang just as hollowly now as when she’d been banished. Well, there was nothing to be done for it. This was her new life—for now. At least until her secret was once again discovered.

She caught sight of a male elf entering the room and froze. He was dazzling. She’d never seen an elf that looked like him. He was tall and lean, as were most elves, but he was even taller than most. His broad chest and shoulders made him formidable. His arms rippled with tight muscles. His form was arresting, surely, but it was his face that held her mouth-gaped attention.
His cheekbones were high and strong, his lips full and sensuous above a seriously masculine jaw. His eyes shone bright blue—like the sky on the clearest of days, framed with long, dark lashes that would be envied by any female. His long midnight-black hair was tied back with a length of leather, giving him a fierce appearance. He was attractive beyond any elf—beyond anything—she’d ever seen—and that was saying a lot considering the natural beauty of all elves.

He held the helmet out once again and this time Kara took it. She climbed on behind Seb, holding to the side handles. He grunted, in frustration or humor she couldn’t tell. He reached behind him, grabbed her hands and wrapped them around his waist. Kara gasped.
“No backrest,” he said, which was true enough. “You’ll fall off if you don’t hold on.”
Seb hit the throttle, launching them forward. Kara couldn’t stop the small scream that escaped her throat as she tightly clasped Seb, burying her face in his back in terror. She slid forward, pressing tightly against him, refusing to look up as the world sped by. Panic slid across her bones until she felt as frozen as the Earth’s surface beneath them. He sped around corners and across bumps that lifted the machine airborne. Her breathing was rapid and her heart felt as if it would pound its way through her chest. It seemed as if hours passed rather than a mere thirty minutes when he finally pulled to a stop.
Kara tried to release him, truly she did, but telling her brain to release her death grip on him and actually doing it seemed to be at opposite ends of the spectrum.
“Kara?” he asked. She couldn’t lift her head to answer him.  She felt his hands on hers, peeling them away. He managed to do so, though she still couldn’t move.
Pulling her helmet off, he leaned down to peer into her face. Seb surprised her by pulling her into his arms, holding her tight, safe, enfolded in his warm embrace as she shook, spasms wracking her body. Kara didn’t know how much time passed before her brain began to really process the situation. As she became aware of her reaction to nothing more than a ride on a sled, and the fact that she was now clasped tightly in Seb’s arms, embarrassment seeped through her.
Posted by Cindy C Bennett at 6:00 AM