When I was a kid I read a book a day, scribbled stories, and dreamed about having my very own book on the library shelf. I grew up in San Francisco, but now live in an adobe house on the banks of the Rio Grande with my husband and sons. I've stayed in the haunted tower room at Borthwick Castle in Scotland; sailed the Seine in Paris; ridden a camel in Petra; shopped the Grand Bazaar in Istanbul; and spent the night in an old Communist hotel in Bulgaria, and anything old and musty and ancient with a secret story to tell.

I'm the author of 10 award-winning middle-grade and Young Adult novels, I make way too many cookies when I'm writing - and I've got the best book trailers in the universe - for reals! www.kimberleygriffithslittle.com. 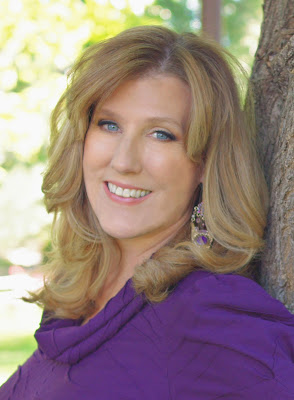 BANISHED is the epic sequel to FORBIDDEN, set in the unforgiving deserts of ancient Mesopotamia. Jayden's courage will be put to the test as she fights for her survival and the one she loves.

Jayden thought she had lost everything. After months of traveling in the desert, she discovers her beloved Kadesh is injured but still alive. However, the two must flee immediately, for the vengeful and jealous Horeb is on their trail, desperate to take Jayden back to be his bride.

The trek to the southern lands comes with heartache and danger, and as Jayden and Kadesh draw closer to their destination, she realizes that even he has been keeping secrets from her . . . ones that will change everything. 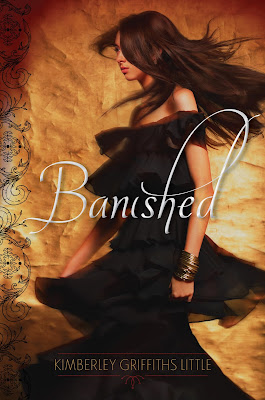 10 Favorite/Fun Facts About Me:
1. I’m a Valentine’s Day baby and when I was young I always got a heart-shaped box of chocolates from my grandfather.
2. I adore cake in every form, especially German chocolate and fudge marble.
3. I’m an amateur belly dancer.
4. I’ve traveled to the ancient World Wonder of Petra in Jordan in the Middle East. The crossroads of the Frankincense Trail.
5. I’ve ridden a camel and would love my own baby camel as a pet.
6. I’ve stayed in the haunted tower room at Borthwick Castle in Scotland—and didn’t sleep a wink.
7.  I grew up near San Francisco and walked across the Golden Gate Bridge many times. I’ve also been inside the solitary prison cell at Alcatraz.
8. I’m slightly obsessed with Downton Abbey.
9. I *love* Disneyland and will go anytime, any day of the year—if I could afford the tickets!
10. Sometimes I wish I could run around with purple hair and fairy wings.

Check out all the great blogs that are a part of this event by following along on the Facebook page.
https://www.facebook.com/events/564215317070627/