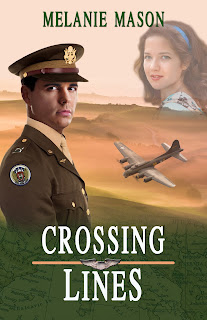 Just before their B-17 bomber crashes in German-occupied Austria, two of the three remaining crewmen manage to parachute out of the aircraft. Captain Charlie Banks and Corporal Samuel Aldridge find shelter in a barn, where they are discovered by a beautiful young Austrian woman. Despite the danger to herself and her family, Marianne Leichtner decides to help the two Americans. Her courage and character soon win Charlie’s heart.
When the Nazis come to investigate the plane crash, Charlie and Sam must escape through enemy territory. Just steps from freedom, they are captured by Italian fascists. Survival takes on a new meaning for the airmen, and Charlie begins to questions everything, including his faith. Only the hope of seeing Marianne again keeps him going over the long months in prison. But if he survives, will she still care for him? And will Charlie learn to trust in the Lord’s promises?

~ Amazon ~ Goodreads ~ Deseret Book ~
~ All of Melanie's books on Amazon ~ 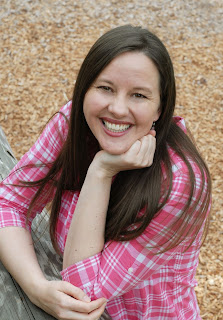 Melanie Mason is an author, designer, and ight attendant all rolled into one. She graduated from utah State university with a degree in communications. She has told stories all her life and  her passion in sharing the plots that spin through her head. She hopes to be on an airplane one day and see someone reading one of her books. Melanie lives in Portland, oregon—with her two dachshund Chihuahua dogs—where the beauty of the Paci c Northwest feeds her imagination, and the rainy winter evenings encourage her to curl up with hot chocolate and a good book.

Melanie’s rst book, The Line That Divides (2014), is a historical romance set against the stunning backdrop of World War II Austria. Her second book, The Ring of Remaliha (2015), is a romantic suspense novel about an archaeologist who must solve the puzzle of an ancient egyptian ring.
For more information, please visit the author’s website,  www.MelanieMasonAuthor.com.
Connect with the Author here:
~ Facebook ~ Website ~ Blog ~
~ Twitter ~ Goodreads ~ Pintrest ~

Excerpt:
The yoke shook like an earthquake, and Charlie struggled to keep the bomber steady. “Just a little farther, Baby. Just get us across the border. Please.”

“Fuel’s at ten percent!” Corporal Hinks shouted past the deafening roar of the quadruple-engine aircraft. “We just lost engine three.”

“We’re almost there!” Charlie called as the plane convulsed and groaned beneath his hands.

“If we aren’t, we are close enough to foot it,” answered Technician Jenson, the navigator.

The plane shuddered again. They had taken too much damage to do more than stumble to the border. Hopefully no enemy aircraft were nearby to mark their location.

After another loud rumble from the bomber, reality settled on Charlie’s shoulders. He checked the instruments. “Sam, is it safe enough to send a distress call?”

“I wouldn’t chance it, Captain,” replied Corporal Aldridge. “We don’t want to send them right to us.”

“All right, men,” Charlie said. “You know the plan. Meet in Trento if you can. Head south if you can’t.”

“Yes, sir.” The cries of the remaining six crew members sounded through the damaged aircraft.
regardless if Charlie could land the plane or not— and it was unlikely—they had to get out. “Bail out!”

The call rang through the plane, followed by the noise of the men moving to their evacuation points.

“I’ll see you in Italy, Captain.” Hinks clipped on his chute and followed the others. “You ready, Sam?”

“Sure as shootin’, Captain.” Sam’s Texas drawl came over the interphone.

Charlie’s face dripped with sweat despite the frigid temperatures at twenty thousand feet. “What about Peter?”

Panic surged through Charlie. The hit they took over Germany had blown a hole the size of Vermont in the back of the aircraft. Was his brother hurt? unconscious? Dead? Charlie pressed the interphone switch. “Peter, can you hear me? Peter?”