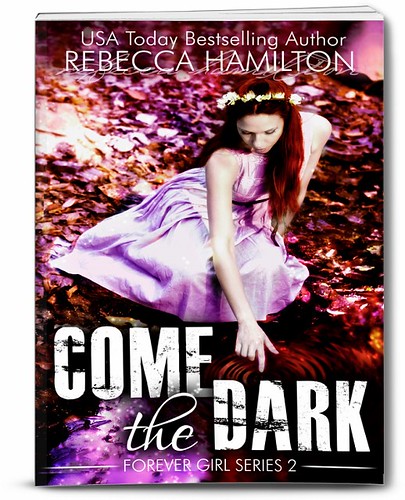 Rose desperately wants to escape the abuse of the father who impregnated her and the dark spirits that haunt her life. Being thrust from Georgia 1961 into the era of Salem’s infamous witch trials isn’t what she had in mind, and now her daughter is left hopelessly out of reach. The only way to return to her daughter is by facing certain death to banish the dark spirits that plague Salem. If she doesn’t eliminate these dark spirits in time, they will destroy civilization and trap her in this strange new place, ages away from her daughter. Even if she can complete the task in time to return home to save her daughter, there’s still one problem: she’s falling in love with a man who can’t return with her.

Achieving her goals will force her to choose between the only man who has never betrayed her and a daughter she can’t quite remember but will never forget.

A heart-wrenching tale of a mother’s love for her daughter, this romantic paranormal fantasy underlines the depravity of both historical and modern society while capturing the essence of sacrifice and devotion.

TRIGGER WARNING: This book deals with the sensitive subject of sexual abuse. There is a thread in the Come, the Dark forum at the bottom of this page discussing the issue and how it is handled within the book.

The words mean to fill the air between us.

The weather's just another pressure in my life, suffocating me, and the swell of my uterus against my lungs isn't helping.

If I had a friend to confide in, they might say I should give the baby up, that the baby would be a reminder of all Pa has done. And maybe they would be right. But once upon a time, Mama told me all babies are a blessing, and I could use a blessing.

Mama tucks a grayish blonde strand of hair into her sun hat. It's not fancy. Just something she wears to hide her unkempt hair.

I do not like Georgia summers. They smell like animal piss and wet concrete cooking in the sun. But it's not just the summers. I don't like anything about Georgia. Georgia is a black hole----the home of the Darkness. Home of the shadows that scurry in my periphery. Only the edge of my vision catches the figures gliding past, but they are gone the moment I turn to look.

They are here now, too. Always. Ever since that car accident my Pa and I should have died in all those years ago.

I glimpse a shadow at our window, but when I turn my head, there's nothing there. Nothing but the blinds moving lightly. Another shadow crouches behind Mama's rose bushes on the other side of the porch rails. This shadow-man crowds the edges of my vision, watching me. If I look straight at him, he'll be gone, so instead I watch from the corners of my eyes. Not afraid anymore. Only aware. 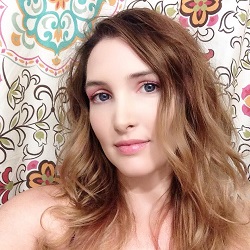 Rebecca Hamilton is a USA Today Bestselling Paranormal Fantasy author who also dabbles in Horror and Literary Fiction. She lives in Florida with her husband and four kids. She enjoys dancing with her kids to television show theme songs and would love the beach if it weren’t for the sand. Having a child diagnosed with autism has inspired her to illuminate the world through the eyes of characters who see things differently. She is represented by Rossano Trentin of TZLA and has been published internationally, in three languages.

Ready for the Come, the Dark Giveaway? Enter via the Giveaway Tools Form just below...