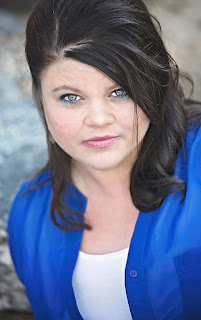 Devri Walls lives in Meridian ID with her husband, two kids and the cutest must you've ever seen. After suffering from an abundance of creativity with not enough places to put it, she turned to writing. Which in the end, turned out to be exactly where she should have been putting it all along.


Q&A With The Author:

The creating. I love making something out of nothing. I love world building, character creation. And then that amazing moment when that thing you created that was mostly garbage—because all rough drafts are—transforms into something you’re really proud of.

6. Do you have any advice for other writers?
Finish the book. Rough drafts are always really bad. Like, really bad. Sometimes a novel needs to be trashed, but often it just needs major revision. You have to polish the stone before you see its beauty and it’s the same with stories. The other piece of advice is, hire an editor. They are worth every penny.  AND, I have one more—develop a thick skin. You could write the most brilliant book in the world and somebody will hate it. Don’t believe me? Pick some of your favorites and go read their one star amazon reviews. It helps put it in perspective for you. 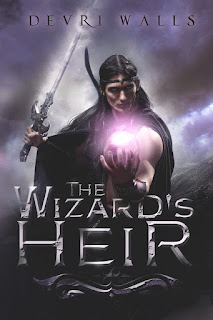 Tybolt’s a Deviant, a hated race immune to direct magic in a world where Wizards ensure survival. But when he loses his entire family to a spell-made storm he joins an elite group of Wizard hunters, organized beneath the new non-magic wielding king.

Now eighteen, he spends his days capturing Wizards. But the nights are his, reserved to feed the starving villagers of Eriroc under cover of dark. There’s always more people in need than he can help, and one of these days he’s going to hang for theft from the royal kitchens.

Although Tybolt and his fierce partner, Auriela, have imprisoned many Wizards, the one partially responsible for the storm that killed Tybolt’s family is still out there: Alistair. When an old informant claims to have information regarding their elusive prey, everything changes.

In a cruel twist, Tybolt realizes he isn't who he thought he was at all. How can he save himself, the people, and those he loves while keeping his secrets safe? Can he hide his true nature and allow the corrupt king to remain on the throne?

Or will he have to unveil himself and risk possible execution to save them all?

Snippet:
Auriella struggled within herself. She wanted to look away, to put on the blinders she’d worn for so many years, but Tybolt seemed to have disarmed her..
What she remembered of living amongst these people was cruelty and hate, but this room and these faces…it looked nothing like she remembered. They were laughing and dancing, but above all she saw what Tybolt wanted her to.
She’d heard his comments time and again about how the people were starving. She’d never looked at them closely enough to really see it. She’d always kept her eyes above them. But now, this close, she could see arms that looked like the limbs of a marionette—tendons and joints too defined, large and out of place. Collarbones jutted out, spines were carved piece by piece on the backs of the ladies—like children’s blocks carefully stacked. The men’s clothes hung, hiding what was left of them, but speaking loudly as to the men they used to be.
And despite her best efforts, her heart ached for the people who’d been the cause of all her pain. Then suddenly she marveled at what she was really seeing and wondered how they had mastered something while having nothing—something she’d never been able to accomplish while having everything. “How are they so happy?” she asked.
“I think they’ve learned that grasping happiness wherever they can helps to ease their misery.”

Suddenly Auriella marveled at what she was really seeing and wondered how they had mastered something while having nothing—something she’d never been able to accomplish while having everything. “How are they so happy?” she asked.


“I think they’ve learned that grasping happiness wherever they can helps to ease their misery.”