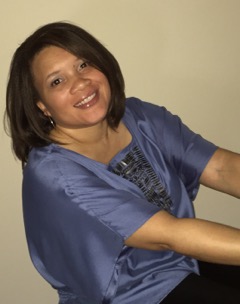 Railyn Stone, author of The Christmas Tree Guy, A Secret to Keep, Restored Hearts and Lest We Aren't Forgiven, lives in North Carolina with her husband. When she's not behind the screen of her laptop, she's usually enjoying time with her family. The only child of two educators, she learned early on just how magical words can be.

1.  Describe yourself in 50 words or less.
This is one of the hardest things for me to do, but I would say that I’m a kid at heart, a child of God and a lover of all things romance.


I fear most that I will never find my true purpose in life. 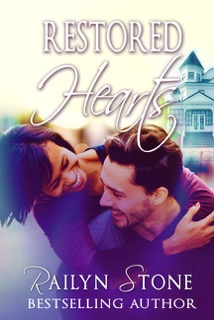 EnVee McAlister just bought a house. It’s an old Victorian home that needs a lot of work, especially if she wants to get into it by Christmas.

Logan Edwards is the contractor she’s hired to help her. Unfortunately, he’s not like any man she’s ever encountered and his arrogance and crass demeanor is making it hard to deal with him. Both she and Logan hold no punches and their terribly blunt personalities clash like oil and water.

But when she finds out about Logan’s tragic past, it forces her to deal with her own insecurities and emotions she’s desperately tried to forget. And instead of a house for Christmas, EnVee receives something she never expected.

Logan scanned the living room. It was eerily silent in the humongous house. He’d been pleasantly surprised at how well it had stood the test of time. Granted, there were a lot of things that were going to have to be replaced, but all in all, the structure was very sturdy. He liked old houses. It was impressive to him the amount of time and care that was put into each one and he liked the fact they were reliable homes. Nothing like the thrown together fabrications a lot of homes were made out of nowadays. There was nothing wrong with the homes of the present, but he had an affinity for any home that was more than seventy years old. It meant some time had gone into its construction and more than likely there was a story behind it. He was about to turn to head up the creaky stairs when he heard a car pull up outside and he walked to the front of the house. He was there to meet Ms. N.V. McAlister to do a walk through and get her specifications on the changes she wanted made in order to get started on the blueprints. He hoped she didn’t want to make too many changes to the home. It was beautiful the way it was and he could only imagine the big shot she must be would want to modernize every single thing about the house. By the time she was done, it would probably resemble the house from Beetlejuice. He grimaced at the thought of it, clutching his iPad in his hands and opened the door. He waited patiently as the black Audi rolled to a stop and a well-heeled and very shapely leg exited the open driver door followed by another. He headed down the steps of the front porch and his eyes widened when the driver emerged from the car. You have got to be kidding me. That can’t be…
“Hello, I’m En…” Both seemed to come to the same realization at the same time. He watched her remove her sunglasses and could see the memory of their first encounter flash through her eyes. “You. What are you doing here?”
Logan swallowed hard and tried his best to control the level of his voice. He could only think about how rude she’d been to him and Gracie a little more than a week ago and it looked like the favor he’d done her hadn’t changed her disposition. “I’m Logan Edwards. You contracted me to do this job.” He almost got a strange satisfaction from seeing her face fall knowing she had hired him to work on her house project.
“I spoke with another gentleman.” She pursed her lips and he noticed for the first time, the small beauty mark she had right above the left side of her deep plum stained lips. The night they’d first met, he’d been too preoccupied with her haughty attitude to notice she was a beautiful woman. Her auburn hair was pulled back from her perfectly made up face. And her almond shaped eyes had a russet tint just a tad darker than her hair. Her shapely body was covered in a tailored black pinstripe suit. She had ample curves kept toned by workouts no doubt, but still had the kind of womanly body that could keep a man up all night. He blinked and tried to think of anything else because he was a little thrown by his own admiration of her.
“My brother, Alex. He and I run the business together.”
“Well, this isn’t going to work.”
Logan breathed deep remembering the words of his brother. Behave yourself. Lots of money riding on this. Big opportunities. Aw, hell. “Look lady, I’m here to do a job. We’re the best you’re going to find when it comes to a task like this. You’ve already signed a contract and I do have other projects I need to tend to today. So if we could just get started, the quicker this is over, the faster you can go back to your ivory tower.” Alex was going to kill him.
Her eyes narrowed and he could see her frustration and anger building. “I would think you would be a little more professional when you first meet someone to do business with them.”
“I would, but this isn’t our first meeting and I’m just giving what I get. I would think you would want to be nicer to the person that’s going to restore your new home, but that isn’t the case is it?” He tilted his head and gave her the most insolent smile he could muster. Who does this woman think she is?
“I will not stand here being talked to this way. You are working for me and you could learn a thing or two about customer service.” She started up the steps to the house, pausing for a moment before she reached the top and turned. “Are you coming or will I need to do this alone?”
Logan’s jaw twitched watching her very curvy bottom twist from side to side as she continued to ascend the stairs. His dentist would chastise him during his next scheduled appointment from gritting his teeth down to nubs. He was going to be nuts by the time this job was over. Dear God, give me strength.