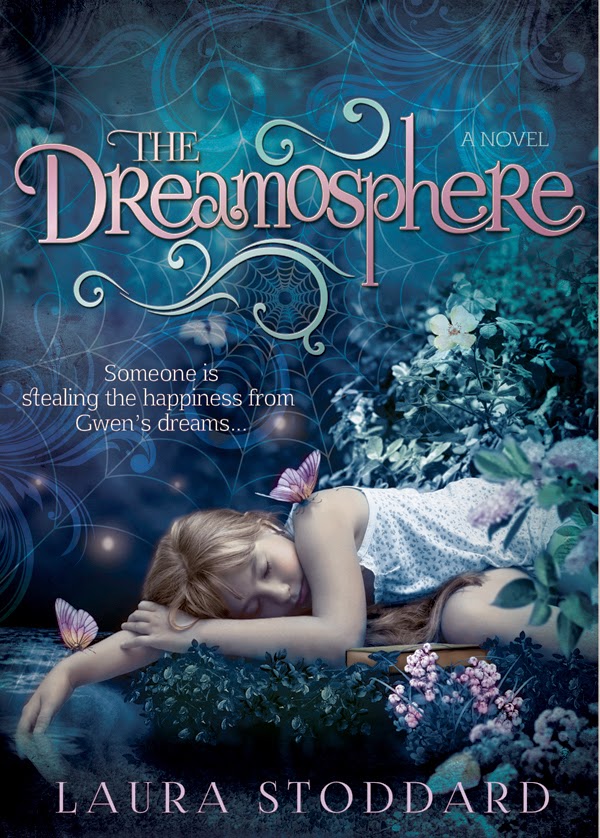 What if dreams don’t disappear when we wake up?

Haunted by her younger sister’s death, and her unwitting role in the incident, 11-year-old Gwenevere Stoker takes solace in the Dreamosphere—a dimension where all dreams still exist. But when someone begins destroying her dreams, Gwen must find the culprit—or risk losing all her happiness forever. Bask in the mystery and imagination of dreams in this touching, funny, mind-bending children’s tale that encompasses themes of grief, friendship, family, healing, and grand adventure!

EXCERPT
"What do you think happens to your dreams after you wake up?"
Gwen shrugged distractedly, too disoriented by her sudden arrival in the remarkable setting to focus. "I dunno. They disappear?"
The unblinking gray eyes of her young companion flashed as she leaned forward. "Incorrect. Every dream you've ever had still exists. All of them. They reside in a dimension called the Dreamosphere. It's where we are right now, as a matter of fact. Each dream basically exists as its own world, or dream-orb. There are thousands and thousands of them, connected like drops of dew on a gigantic spider web. Every dream you've ever had, Gwen. They're all up here. And you can visit them any time you want."
Tabitha, the enigmatic child who shares this information, has some even more shocking news. Gwen’s dreamosphere is in danger. Someone has been hacking into it—destroying her dream orbs, erasing pieces of her past, and affecting Gwen in more ways than she realizes. Together, Gwen and Tabitha travel through the outlandish landscape of Gwen’s dream worlds to find the person responsible. What will happen to Gwen when all her dreams are gone? What critical clues lie within the pages of her dream journal? And what does Edgar Allan Poe have to do with it all?
My Review: Let me first give kudos to this cover. It's gorgeous! It's even cooler in real-life than it looks in the picture, and the book's interior layout is fantastic. The cover was designed by Kristen Reeves and the typesetting by Melissa J. Caldwell.
As for the book, the blurb I was given for this post lists the MC as 11 years old, but the book itself doesn't list that in the blurb, so I accepted reading it with the idea that Gwen was going to be a teen. Not so, and hopefully the publisher (Sweetwater books which also publishes two of my books) will reconsider and make that clear. The description on the book and the cover feel more YA. This book is firmly MG, so if you like MG books, then read on.
Some of the things I found very cool about the book were Gwen's trips into her dreams, or dreamosphere. Stoddard was creative and very descriptive in these passages. She also did a great job of hiding her villain's identity - I didn't guess it was him until around the time he was revealed. Gwen's recollection of her sister's death was heart wrenching and brought tears to my eyes.
I only had one issue, and hopefully this book I received was an ARC and it will be fixed in the final product, and that's the POV  switches that are randomly thrown in where they shouldn't be. That's most likely the editor in me coming out, and probably won't even be noticed by most readers if left in place.
Overall, a fun read, and seems to be the beginning to a possible series, or at minimum a sequel since the ending leaves that possibility wide open. Great read if you have an MG reader who isn't easily scared by the possibility of having someone haunt their dreams.
Website: www.laura-stoddard.com

Author Bio: Laura Stoddard was born in Idaho and spent her formative years running amok in the great outdoors. She received her bachelors degree in English Literature from Arizona State University. After being rejected from the masters program for creative writing she decided that she didn't need a masters degree to tell her she could write, so she started really dedicating her time to finishing the story she'd started months earlier, with the goal of writing a complete novel, and getting it published. The result is her debut novel, The Dreamosphere, for which her own vivid, bizarre, and incomprehensible dreams provided the inspiration.  Laura is an adrenaline junkie and will try anything once--or twice--or maybe three times. She can already check whitewater rafting, going down in a shark cage, and skydiving (three times) off of her list. Oh, and getting Lasik. It was five minutes of terror. She enjoys hiking, rowing, reading classic literature, embarking on new adventures and hobbies, volunteering regularly, and spending time with family. She currently resides in Phoenix, Ariz.