Its finally Friday everyone! Welcome to day 12 of my Rapunzel Untangled Blog Tour. We have five awesome people on the blog tour today. They are The Cheap Reader, Confessions of a Book Addict, Along the Road, Books 4 Tomorrow and Bookcase to Heaven.

Make sure you stop by to read reviews, interviews, and guest posts. Also to enter the giveaway for your chance to win prizes like a Nook, MP3 player, a copy of Rapunzel Untangled and many more great prizes.

I stopped by The Cheap Reader who is doing a month long Project: Fairy Tale. I left a guest post in my wake about "Rapunzel Old and New." Here's a little taste:

"My first exposure to Rapunzel was as a girl when I saw an animated version. I clearly remember being drawn in by the idea of this girl who was locked in the tower by the witch and kept there until the Prince found her, and used her really long hair to climb up to her. I also liked the idea of it being her tears that eventually saved the blinded Prince. I really wish I could find that particular version now. Rapunzel Untangled is darker than the Disney version, and incorporates some of the shadier elements from some of the other stories, so I’ll warn you it has some scary moments. I hope you enjoy reading this modern day Rapunzel tale."

The next stop is at Confessions of a Book Addict. Here is a little bit of Dayla's interview:

Why did you decide to write an adaptation of Rapunzel and not other fairy tale female characters?

“I was given the choice by my publisher as to which fairytale I wanted to write.
My all-time favorite is Cinderella, but her story’s been done to death, I feel. Snow White seemed like an obvious choice, but again she’s currently starring in fantasy books, TV, and movies every other week.
So I went with my second all-time favorite character, which is Rapunzel. I like that her story begins with having her life stolen from her, and her journey to reclaim it.
Your novel’s setting has a touch of paranormal that is similar to the Winchester Mystery House. Were you inspired at all by this mansion in Northern California? If you were, how did you come across this wondrous home?

“I was completely inspired by the Winchester Mystery House. We visited there a few years ago while vacationing in San Francisco, and I was utterly fascinated by the story behind the house. I think Sarah Winchester had more ghosts haunting her—real and imagined—than anyone in history! She had so many superstitions that it’s a wonder she could function at all.
For the rest of my interview and to read Confessions of a Book Addicts review click here.

The next blog is Along the Road for a review and interview. Here is a snippett of Akansha's review:

"I started reading the book and was so engrossed by fourth lesson, that it surpassed me that I had any homework left. . . It was my instant favorite and became one of the coolest books ever with twists and turns of all thriller and mystery elements and then uber-cute romance between Fane and Rapunzel."

For the full review, my interview, and to enter the giveaway from Along the Road click here.

The next blog is Books 4 Tomorrow. Here is a little of Angie's review of Rapunzel Untangled:

"Cindy Bennett’s Rapunzel Untangled is an electrifying modern-day fairytale with a macabre twist that will both thrill and chill readers of this genre. . . What made this novel so out of the ordinary was the whole medieval-era-meets-twenty-first-century approach. . . At first I was fearful that it might be similar to the movie Tangled hence the similarity in the title, but once I finished the book I was relieved to note that this didn’t happen at all. . . I finished this book in one night, so I guess it’s needless to say that Rapunzel Untangled is an addictive read, as this speaks for itself."

For the full review, my guest post, and to enter the giveaway from Books 4 Tomorrow click here. 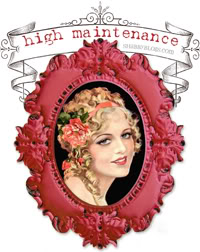 The last stop for the Rapunzel Untangled Blog Tour is Bookcase to Heaven. I stopped by to guest post about the Top Ten Best Scenes in Rapunzel. I left the scenes as well as a little excerpt from the scene. Here's the first one:

"Gothel’s first sighting of baby Rapunzel: Gothel supposed she could force herself to be patient. She'd waited this long, hadn't she? She would have to move quickly to prepare, but she could do it . . . she had to do it. She put the car into gear and followed the unsuspecting pair from the parking lot."


Available now, you can order your copy of Rapunzel Untangled here: 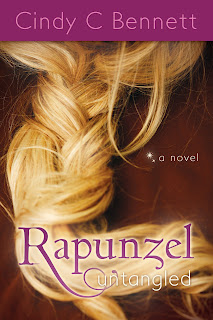