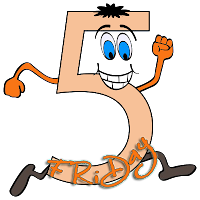 Welcome to this week’s Friday Five. If you haven’t been here before, this is nothing more than my random rambling about something that interests me, with a list of five, in no particular order. This week’s list is Five Book Series I Could Read Over and Over: Part 2. Hope you enjoy!

Five Book Series I Could Read Over and Over (Part II: Indie Published)

Last week I gave my five favorite book series I could read over and over, with only traditionally published (Big Six) books. You can read that list here. This week I’m giving you my indie list (small press or self-published). As always these are in no particular order.


The Port Fare Series by Sherry Gammon: The first two books of this series are out, with the third on the way. And (woo-hoo) the first book, Unlovable, starring Seth and Maggie, is being made into a movie! I read the first book long before I met the author, Sherry Gammon, and we've since become great friends, which is really kinda cool. I’m a bit partial to the second book, Unbelievable, because it stars my book-crush Cole. I fell in love with him in the first book and so was thrilled to have his story told. Next up: Booker’s story!


The Seers Trilogy by Heather Frost: I’m ashamed to admit that I owned the first book for quite some time before I actually read it. But then again, that was to my benefit because by the time I did read it, I had the second two available to me (helps to know the author!) and so was able to read through all of them at once. Because once you read the first one, you’ll immediately want to dig into the other two. Heather weaves a great story, and boy does that chick know how to write a kiss!

Fractured Light Series by Rachel McClellan: Another book series I’ve only read once, but they’ve stuck with me and I want to read them again. The story is well written, with characters you can’t forget about, a strong female lead, and swoon-worthy hunks. In a rare thing, I actually like the second book better than the first. That almost never happens with me, but Llona’s story really takes a bounding leap in the second book. And (spoiler) we get a second hunk to confuse us about who to root for.


The Dissidence Series by Jamie Canosa: Only 2 of the 3 books in this series have been released, but I love them so much that I’ve read Dissidence (the first book) probably three times, which is a lot for someone who rarely gets a chance to read. I’ve only read the second book once, but that’s because it hasn’t been out for too long. I absolutely adore Kaleigh and her utter sarcasm at every turn. Even her mushy moments are given humor with her way of wording things. I’m just seriously in love with this book series (and, just FYI, Jamie’s short called Our Own Worst Enemies is probably my all-time fave vampire tale).

The Miss Mary Pennynickle Series by James DeSalvo: I was almost afraid to list this one because it’s going to utterly expose my completely warped sense of humor, but these books make me laugh so much that I decided I had to share. James has written a seriously morbid series of short stories and poems that are what you might eternally scar your kids for life.

I created the Friday Five graphic from an original image copyrighted by: marincas_andrei / 123RF Stock Photo
Posted by Unknown at 12:00 AM