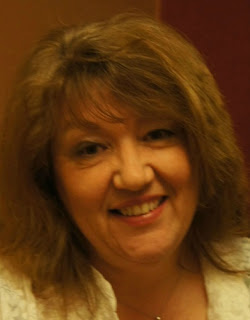 Maureen Murrish was born in Co Durham, England close to both the sea and the countryside; the love of both has never left her.  During her working life she has been a nurse, a soldier and a swimming instructor amongst other things. She has also raised her beautiful daughter. She began creating fictional characters and telling stories to amuse her younger sister when they were still children. Her first novella, The Lost Sorcerer, was published January 2012. The first two books of the Dragon World series -The Bonding Crystal and The Missing Link, were published February 2012 and February 2013.  All are fantasy adventure books for teens and young adults.

1) What is your all-time favourite book and why?

Favourite book? Crumbs, soo many. Each book is my favourite as I read it or I put it down and don’t bother,  but those that linger in my mind, the ones I just can’t forget and would willing read again if there weren’t so many other books out there to sample I suppose I would class as favourite.  Let’s see. Dead Witch Walking, by Kim Harrison has to be up there as it started me off on the whole Rachel Morgan series.  And then there is the Other World series by Kim Harrison.  I love the way Kim’s fictional world is pulled together through the eyes of so many different groups to form the whole.
From way back in the mists of time the books that started me on the road to avid reading and writing were Treasure Island and The Count of Monte Cristo. They really fired my imagination at the age of 9 or 10 and I’ve never looked back. They hold a very special place in my heart.

2) Is there an author you could be compared to or popular fictional characters your book's characters could relate to and why?

I suppose we soak up a little bit of the style of all the books we read and then rearrange it and turn it into our own unique style. I write books I wish I could have read while I was still at school.  Fantasy, adventure and strong characters.  That type of book still appeals to me and I read them as avidly now as I would have then. I really don’t know who I could be compared to and I would hesitate to say ‘this person’ or ‘that’.  I like magic and mystery and a strong plot.

3) Can you give us your favourite quote from one of your books and explain it?

This is one of my favourites (slightly edited to prevent spoilers) because it outlines how much the relationships between Robby, Abigail, and the dragons, Frenzel and Dimble have altered.

Abigail paused, obviously struggling for the right words. ‘You’ve changed, Robby McRoss. Jaswinder is where you belong. You and Frenzel. Together. Don’t throw that away.…. Think of what you will be giving up… Me and Dimble, well we know we only have this time together. But you and Frenzel could have the rest of your lives. Don’t give that up because of me.’

4) What types of things/people/music inspires you and makes you want to keep writing?

My characters and their lives keep on pulling me back. I hate leaving one of them at a place they are uncomfortable. Abigail perched on a cliff. Robby in a cage, I can’t leave them, I have to get them sorted.  So, I try always to leave them where I know they are waiting for me to rescue them. It’s a very strong incentive.
Music is important while I write. It’s like a blanket, a cocoon I can retreat to, a place I can concentrate. My life is so hectic the music has to be calming, classical usually, or new age. I can’t say it inspires me though. I find inspiration in nature, a beautiful landscape or a surreal sky. I am lucky where I live. The countryside is open and breath-taking and just a twenty minute ride away is the seaside where I grew up. I love the ocean.
Loch Lomond and the Scottish Highlands are half day’s journey north.  I go there whenever I can. These are the places I find inspiration.

I wish I could say I write full time but I don’t. I work full time and I fit my writing in around everything. One day it may be the other way around but for now I have no set writing times. I try to write on an evening and a weekend.  I write in my lunch hour at work, if I get a lunch hour, (colleagues already know I am odd so it raises no eyebrows!). When I am out with my sisters and they take the pen from my fingers I talk about my books instead.  Sisters are great sounding-boards; even if they are not listening! I have created many a scene that way all ready to write up when I get my pen back.

6) Is there a food or drink you have to have when you're writing?

No. I usually emerge form a writing session only when I am hungry and thirsty. Then I grab the first thing I can find before getting back to the keyboard.  Writing time is precious.

7) Can you tell us what you're working on right now (& possibly provide an excerpt & cover)?

Right now I am getting to grips with book three of Dragon World. I have created the structure and am now beginning to build the story: none of which is safe for public consumption at the moment.
Book one and two are available as eBooks but will soon to be available as paperbacks too. At the moment I am preparing book one for publication as a paperback on amazon.  I would love to share an excerpt of that with you.

The small grassy area they were on was no more than a hundred metres long by fifty wide. It was enclosed on three sides by sheer cliff and on the forth by the drop into the gorge. There were no hidden paths or ways up the mountain as far as they could see and the only way off it seemed to be the way they had come.
‘Looks like we have to go back.’ Abigail said as they ate a little more of their rations.
‘Maybe, but once we get back then what? The path here was the only one, remember?’
‘We haven’t any option,’ Abigail said. ‘We can either go back or sit here.’
‘There is another choice,’ Frenzel said. ‘We follow the second path.’
‘What second path?’ Abigail and Robby said together.
Frenzel nodded toward the causeway. ‘The path that leads into the falls.’
There was a stunned silence.
‘You’ve got to be kidding,’ Abigail said.
‘The Fire Falls?’ Robby asked. ‘How?’
‘The Fire Falls can’t harm dragons.’
Abigail gave a short laugh, ‘Maybe not but they can make a mess of humans!’
‘Even if you can get through how could we?’ Robby said.
‘The same way I brought you to Jaswinder. The Crossing Fires are far fiercer than these and I brought you both through safely.
‘That’s a matter of opinion,’ Abigail said peevishly. ‘I felt ill for the rest of the day.’
‘But the flames did not harm you.’
‘Wasn’t that because you carried the first minister’s talisman?’ Robby asked.
‘We only needed the talisman because I carried you both, I will only be sheltering one this time if Dimble will follow with Abigail.’
Robby thought he detected a note of challenge.
‘If it’s what Abigail wants then I’ll shelter her through the flames,’ Dimble said.
‘Wait, wait,’ Abigail said. ‘There must be another way!’
‘Can you think of one?’ Robby asked.
‘Well no, not right off, but given time…’
‘Didn’t Skelso say this part of the task was to test our trust in one another?’ Robby said.
‘Yeaah, but…’
Robby turned away to hide a grin. He could understand Abigail’s caution; he felt exactly the same way. But for Abigail there was the added worry of Dimble’s less than perfect record. Not to put too fine a point on it, Dimble was clumsy. Abigail would rather pull her tongue out than admit it but he knew that Dimble’s catalogue of accidents must have her wondering if she would come through the other side as a charred cinder.
‘Perhaps Frenzel could come back for you?’ he offered.
Abigail bristled. ‘If Dimble says he can shelter me then he can, thank you! I was merely thinking that we don’t even know if there is anything behind the falls. I mean has anyone ever been through them?’
‘I do not know but as there is a pathway and as it is the only pathway, it seems logical that that is the way we must go.’
‘Well, thank you for the benefit of your logic, Mr Spock.’
‘Right,’ cut in Robby, ‘well that’s settled.’
‘Settled? Looks to me like all we’ve settled is death by Fire Falls instead of death by falling,’ Abigail snapped. 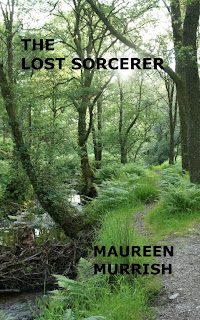 If anyone in the village where 13 year old Tosni lives discovers he is developing strange powers they will kill him. He has to leave. But before he can put an escape plan into action Kavnen throws him out. In the middle of the night. In the middle of winter. Now his only chance of survival is to find his real parents, fast. But there are more than his parents looking for him. 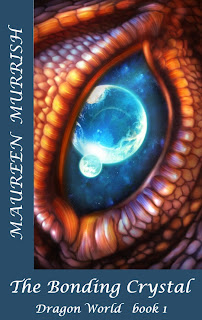 It is a shock when 14 year old, Robby, discovers he is to be bonded to a dragon. It is an even bigger shock when he realises that before he and his dragon stand any chance of bonding they have to prevent the evil-one from killing his fellow bondlings and destroying the inhabitants of the city he is just learning to love. Only his onetime protector, Abigail who, despite all the rules insists on tagging along, and a strange little dragon who has been condemned to live life as an outcast are able to help him. 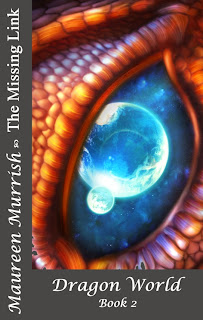 Robby hopes that he and Abigail will have a chance to get to know Moilana and its people better during this visit to Dragon World but his hopes are dashed much sooner than he could have imagined. When Dimble goes missing and Abigail is seriously injured Robby suspects the secret Abigail and Dimble refused to share is at the heart of the problem. Robby finds himself part of a rescue mission that goes fatally wrong leaving him, Frenzel and Abigail stranded in the wild-lands beyond the northern mountains and searching for Dimble without backup.