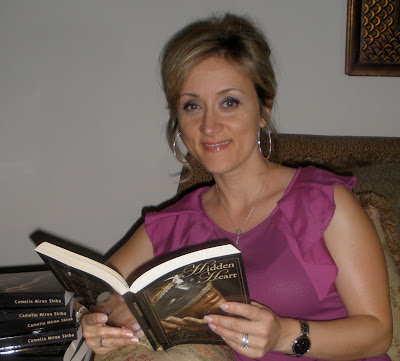 Tell us a little about yourself: 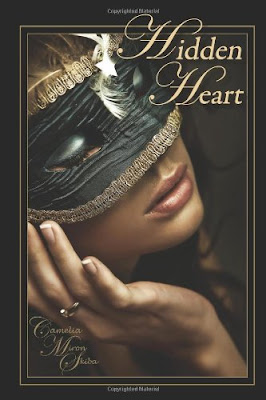 Posted by Cindy C. Bennett at 4:39 PM No comments:

On Writing and Publishing: A Writer Shares Her Limited Knowledge! Part III

Editing: A Necessary Nightmare, aka the Un-Fun Part of Writing


I admit it, this is such the un-fun part that I put off writing this post. However, don’t think that it is unimportant—this may be the most important step (excepting marketing, though that will be a waste of time if you’ve skipped this part).
Let me just begin by telling you that it is impossible to edit your own work. Not because you aren’t smart enough to do that . . . if you’re smart enough to have written the book, you’re certainly more than intelligent enough to edit. You can’t edit your own work for several of reasons:

Let me just start by saying not your mother, sister, friend, brother . . . not anyone at all that you know personally. Why? Because the love and/or like you, or at minimum don’t want to offend you. Therefore, they are going to give you glowing praises, tell you how absolutely wonderful your work is. It’s human nature. They won’t point out the clichés, the scenes or phrases that are just plain hokey.
Not to worry, you have plenty of other options. Of course you can always hire an editor. If you’ve got the means to pay for that, more power to you. I will just add one quick thought to this: I’ve read books that have either been “professionally” edited, or books that have been edited by their publisher—which we can assume is considered a “professional” editing—and they have many mistakes in them. That doesn’t mean a professional editor is a waste of money. That just means do your homework, read some things that have been edited by them, and if you still feel they are worth it then go for it.
If, like most fledgling authors, you don’t have that kind of money to spare there is still hope. A couple years ago I joined an online class on writing queries. In that class, I managed to eek out a polished query (which, incidentally, I never used since I decided to self-publish), but got something far more valuable. I was blessed enough to have been in the class with a couple of authors who wanted to stay in touch after the class. One of them, Cami, wondered if we would be interested in critiquing one another’s work. I wasn’t sure how that would work as she writes romance novels, and Jeff writes fantasy/dystopian novels. Let me just tell you that that works much better than if we all wrote the same thing, because we all bring something different to the table. I admit, in the beginning we all treaded a little lightly, not wanting to offend. That being said, it still helped a great deal with the grammatical type things. Now, two years and three novels each later, we have a great relationship based on being categorically honest with one another’s work. Recently, we added a third author to our group. The best thing is that one might miss a misspelling or something, but another will catch it. What makes sense to one, another will question. In other words, we are all different . . . just as your readers are all going to be. So my advice is to find yourself a group of three or four authors and trade critiques/edits. All that cost’s is your time by returning the favor. If you can only find one other, consider a college student who might be willing to work for nothing more that the credit and experience they will get in their classes.
I recently read of an author who reads aloud and records her entire manuscript when she finishes, helping her find the mistakes. I think that’s a fabulous idea—to a point. It might pick up the grammatical things, but can’t possible find the plot holes, the inconsistencies, the things that an outsider might not understand.
There is a free site called AutoCrit that you can use for some minor editing. However, I strongly advise against using something similar for your whole manuscript. Use it sparingly, and only to check yourself as you’re writing—definitely not for the whole manuscript. Remember, machines and software just can’t replace the human.
Now that you’re ready to edit, be prepared to spend some time on it. Polish your manuscript until it shines—because if it doesn’t shine, it might get lost in the pile. Once you’ve finished polishing the words, spelling, and grammar, you can get down to formatting. And here I groan once again, though there are many tools to make it much easier, which we will talk about in the next post.
Please keep in mind that everything I write here is nothing more than my personal opinion. It is certainly not the law. Take it with a grain of salt (see, I can sneak a cliché in) and then use what applies to you and your writing.

As always, all comments and suggestions are more than welcome. And, as always, I wish you a happy week! :o)

UPDATE: I just found a great bullet list of editing do's and dont's. Check it out here!
Posted by Cindy C Bennett at 10:38 PM 6 comments:

On Writing and Publishing: A Writer Shares Her Limited Knowledge! Part II

Writing: Where Ideas Come From

Email ThisBlogThis!Share to TwitterShare to FacebookShare to Pinterest
Labels: getting published, how to write, ideas, publishing, writing

Geek Girl won't be released until December 8 -- but here's your chance to get it ahead of everyone else. On Black Friday (the day after Thanksgiving) November 25, come to my book signing at Deseret Book in Salt Lake City from 1-3 and get your signed copy.

There will also be other authors there signing their own books for you to meet:

I hope to see you there!

Thanks for the Review, Krystal!

Krystal, over at Live to Read, reviewed Heart on a Chain for me. You can read about it here. Thanks again, Krystal!
Posted by Cindy C Bennett at 12:18 AM No comments:

On Writing and Publishing: A Writer Shares Her Limited Knowledge! 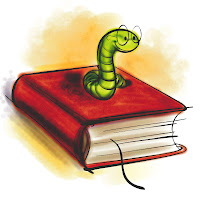 INTRODUCTION
One of the things I’m asked about quite frequently is how I went about publishing my books, and how I market them. If you are self-published, you are the one who will write, edit and format your book. If you are traditionally published, you are still the one who will write, and edit your books. You’ll have an editor look at it and give you suggestions, but ultimately, it will be up to you to make sure the product out there on the market is the product you want your name on.
If you have self-published, you are your own marketing director. If you are traditionally published, guess what? You are still your own marketing director. I speak from experience, as well as from reading of others’ experience. Unless your name is Stephenie Meyer, Danielle Steele, or Stephen King, your publisher is not likely to run out and drop thousands of dollars on marketing your book. They can’t. It wouldn’t make sense for them financially. They can help you, give you ideas, arrange book signings, etc., but beyond that, it’s up to you.
So I decided I would run a series of articles on my blog addressing some of these things. I’ll start at the beginning (such as it is) and try to coherently follow each article with the next step in the process that I used. Of course, if I follow true to form, I’ll later remember things I forgot to include, so will include them in later articles, with a note to make you aware of these brain blips.
I would also invite those of you who wish to contribute to either add comments below the articles, or if you’d like to guest blog on a specific subject, I would absolutely love to have you. I’ve added the “sign-up by email” feature on here for those of you who want to see the articles, but don’t want to have to search them out when I get around to posting them. I promise to never use your emails for any nefarious purposes, including but not limited to selling them to spammers.
Here is a basic outline of the articles I have planned (subject to change upon my whim):
1.       Introduction
2.       Writing: Where Ideas Come From
3.       Editing: A Necessary Nightmare, aka the Un-Fun Part of Writing
4.       Formatting: And You Thought Editing was a Nightmare!
5.       To Self-Publish or Traditionally Publish is the Question, and Just Where Can I Get it Done?
6.       The Price is Right, Right?
7.       Marketing Part I: Beginning to Market Your Book Without Breaking the Bank
8.       Marketing Part II: Selling Your Book—or Not—Without Sinking Into an Irreversible Depression
9.       Marketing Part III: Getting Yourself Interviewed, Reviewed, and How NOT to React to Criticism
10.   Marketing Part IV: Getting Your Name Out to Readers and Not Just Bloggers—As Wonderful and Necessary as They Are!
11.   When is Enough Marketing Enough, and When to Start Writing the Next Bestseller
Hopefully that will cover all of the areas that I pretend to know about. I do not in any way, shape, or form claim to be an expert in any of this. Hence, the free advice. And that’s exactly what it is—advice. Take it with a grain of salt, understanding that I can only speak from my own experience, and that what works for me may not work for you (or vice-versa), and that I am limited in my knowledge. I am constantly learning, and will come back with corrections, updates, or new ideas as I discover them.
So, with that disclaimer, let the games begin…oh, what am I saying? Other than the writing part, it’s all hard work! But absolutely worth it. I promise.
Posted by Cindy C Bennett at 9:49 PM 2 comments:

Email ThisBlogThis!Share to TwitterShare to FacebookShare to Pinterest
Labels: getting published, how to market, how-to, marketing a book, publishing, writing

I wish saying thank you was enough to express to all of the book bloggers willing to review my books for me how very much I apprieciate them! Since words aren't enough, instead, I will promote their blogs here and suggest to all of my blog followers that you jump on over to their blogs and give them a follow.

NaKesha at Totally Obsessed not only wrote a fantastic review of Heart on a Chain, but also took the time to interview me - and is hosting a giveaway as well! Head on over to her blog for your chance to win before August 30th! NaKesha, you are awesome!

A huge thanks to Morgan at Reading, Eating, and Dreaming I was Blair Waldorf for the great review of Heart on a Chain!

Jennifer at One Day at a Time also reviewed Heart on a Chain for me and has my absolute gratitude, as well!