In April I was part of the Jericho Solus Blog Tour for my good friend and critique partner Jeffery Moore. I'm happy to announce that the book is going to be FREE all day tomorrow (beginning at midnight tonight) on Amazon. Of course, it's free to Amazon Prime members right now anyway, and will be for the next couple of months, so if you have Prime you can get it right now. But for those of you who don't have Prime, this is a great way to get hold of this amazing book.

I genuinely love this book. You can read my review of it here.

You can also read an interview I did with Jeff back in September here.

I'll post a reminder tomorrow, just wanted to make sure you were aware of it today. Happy reading! 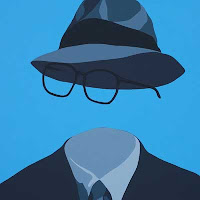 Okay, not really (though wouldn't that be a great super power? Hmm . . . I smell a story here).

I haven't been around for a while. My son was married last week--in my backyard. Like planning a wedding isn't enough work. However, I must report that not only did all go well, everything turned out beautifully. So I'm not complaining. That is my explanation for my lack of activity anywhere for the last couple of weeks.

My explanation for my lack of activity the next couple of weeks is that I am trying to finish Rapunzel Untangled for Sweetwater Books, due to be released February 2013. The manuscript is due to them by June 30. They are asking for around 70K words. I'm at around 43K words. Aaaaah!!!! So, yeah, I'm going to now buckle down and write, write, write for the next couple of weeks. So you will not be seeing or hearing much from me in the meantime.

That being said, I'm off to immerse myself in Rapunzel's world. To thank you for your patience I'm going to give you the smallest, tiniest of teasers for Rapunzel Untangled here:

What do you do when you find out that what you've always considered reality starts to come unraveled? If you've always taken your life at face value, believing that the person who is supposed to love you and protect may just be the one person who is holding you prisoner from living?

Rapunzel has never questioned her mother, never been curious about the world that lay outside her tower . . . until Finn. Her new Facebook friend begins to open her eyes to what she's been missing. Now Rapunzel wants a real life, even at the risk to her own.


Rapunzel discovered a new site called Facebook. Well, probably not new, but definitely new to her. On it were millions of people who lived out in the real world. She could click on any number of names and see people who lived a normal life, not confined to a two-thousand-square-foot world in fear of death.


She began her usual clicking, hungrily reading of all their lives. Then she had an idea. She went to the search bar and typed in the name of the local high school. Immediately a long list of names came up beneath. She caught her breath. Here were other kids, her age, who lived close by. Kids who she'd be going to school with, be friends with if it weren't for her stupid disease.


She slowly scrolled down the list, tears pricking the corners of her eyes as she scanned their names and faces. One in particular caught her attention and she stopped, staring at the face that grinned back at her. The name read Fab Finn Flannigan.


She clicked on his name. His page opened up to reveal a bigger photo grinning at her. His hair was dark, brushing his collar at the back, two loose strands faming golden eyes that laughed. Next to that picture lined up a few other photos, Fab Finn Flannigan with various groups of kids, laughing in all of them. Her eyes moved to the Add Friend link. She moved her cursor over, hovering above the button, her mind swirling with the potential consequences of clicking on it. Her gaze was drawn back to the laughing face of Fab Finn Flannigan and, with breath held, she clicked the button.
Posted by Cindy C Bennett at 5:09 PM 2 comments:

It's a Love Thing (in which I have a short story called In the Beginning) is being given away in a few different place. See the links below to win your own copy!

Posted by Cindy C Bennett at 3:08 AM No comments:

Immortal Mine is being showcased on New Book Blogger! Check it out here.