And the Winner Is...

Congrats to Jeannette Whitus! She wins the Paranormal Blog Hop Giveaway. She gets her choice of either a paper copy or an ecopy of Immortal Mine.

Thanks to everyone who entered! I hope you all had fun blog hopping and won some great prizes.
Posted by Cindy C Bennett at 1:56 AM No comments:

Cedar Fort publishing (Sweetwater Books parent company who published Geek Girl) have chosen me for their feature author this week! Check it out here.
Posted by Cindy C Bennett at 9:43 PM 4 comments:

My thanks to I Am A Reader, Not A Writer and vvb32reads for the opportunity to do this blog hop featuring YA books that have some kind of paranormal element to them. Who doesn't love a great paranormal book?

Make sure to visit the other blogs in the hop to win more great books!

Email ThisBlogThis!Share to TwitterShare to FacebookShare to Pinterest
Labels: blog hop, cindy c bennett, giveaway, immortal mine, YA, ya paranormal

Who Doesn't Love a Good Prank?

My friend and fellow author Sherry Gammon is hosting an interview and giveaway on her blog for the newest release of author Stephanie Fowers Prank Wars. Stop by to read the fun interview and be entered for the giveaway!

Book Blurb: All war. No love. Madeleine’s been hurt too many times in the dating scene to let Byron beat her in some huge prank war. They’ve had their deserters, their POWS, their casualties, but no one can risk losing the battle of the sexes.
Except now something strange is happening at the college...and it’s not just the students. Buried deep beneath the pranks is real danger, and the only other person who suspects is Byron. Should Mad join sides with him or does that mean forfeiting her heart to the enemy?
Posted by Cindy C Bennett at 4:43 PM 2 comments: 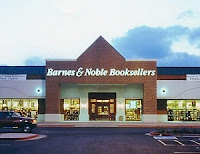 Join me and 40+ other authors today for Authorpalooza at Barnes & Noble from 1-4 pm. Details below.

I'm honored to be part of the blog tour for my good friend and fellow author Camelia Miron Skiba and her newest release A World Apart.
I interviewed Cami in August. She has a fascinating background as an immigrant from Romania. You can read her interview here. Cami has also been kind enough to offer an ebook copy of A World Apart to one lucky winner. All you have to do is leave a comment below with your email address and you're in!

I was lucky enough to read A World Apart as Cami was writing it, as well as in its final form. I have to tell you I really love this book (read my review below).

Blurb
In a war that’s not hers, she loses everything.


Everything she loses is because of him.


Forgiveness is not an option.


Lieutenant Cassandra Toma, trauma surgeon in the Romanian National Army starts her deployment at a joint-unit air base on a wrong foot, clashing on her first day with her new commander, Major David Hunt. Her rebellious nature and sassiness rival her excellent performance in the operating room—the only reason why she's not reprimanded, or maybe not the only reason.


They meet. They clash. A forbidden passion consumes them with the intensity of an erupting volcano, leaving her heartbroken and him with tarnished honor and pride as an officer. The only way out for David is disappearing into the dangerous warzone in Iraq. Their flame was supposed to be over when destiny brings them back under the same roof, this time with a common goal—to find Cassandra's brother, Maj. Robert Toma, kidnapped by insurgents while on patrol.


To rescue Robert, Cassandra and David put aside their resentments, uniting forces against a common enemy. Trying to forget the painful past, Cassandra opens up to give David—and their love—another chance. What she doesn’t realize is that her anguish is the result of David’s impetuous action—one reckless choice he made for which she may never forgive him.


His mistake, his secret, could cost them both the love they've finally found.
Review

Camelia Miron Skiba does it again! In her sophomore effort, Skiba shows that she knows how to write a compelling, fascinating, tug-at-your-heartstrings story. David and Cassandra grab you from the first page and refuse to let you go until you find out if they get their happily ever after. Written against the backdrop of the Iraqi war, their love story is riddled with the pain and terror of living in the middle of so much violence. Skiba balances the beauty of love with the horrors of war without compromising either.

In A World Apart, Cassandra Toma, a doctor serving in the Romanian military is deployed to the Black Sea. There she meets the handsome and sexy American doctor David Hunt. They are attracted to one another, though David is under the mistaken impression that Cassandra is married. After a night of passion, fueled by guilt, he volunteers for a tour in Iraq. There, he meets Robert, Cassandra's brother, and learns his mistake. During a routine visit to a field hospital, they are attacked and Robert is taken hostage. That brings Cassandra to Iraq, volunteering for her own tour in order to try to find information about her missing brother. She ends up at the same base as David. I don't want to give too much away, but just know that their being together on base makes for plenty of fireworks.

In her first outing, Skiba brought us the heartwrenching tale of Tessa, a Romanian caught up in the evil machinations of one man. In A World Apart, she gives us Cassandra, a much more confident heroine who, nonetheless, ends up with troubles of her own. Skiba does not, for one second, allow her heroine to escape reality. She puts her heroines - and readers - through the emotional wringer in order to show that life isn't always rainbows and lollipops and I, for one, am glad of it. A World Apart rings true, showing the ups and downs of being in love with someone who may or may not be the wrong person for you. Cassandra has risen above a past that would drive the strongest person to their knees, and has opened herself up to love, something she never imagined would be part of her life. She's strong, courageous, smart, and underneath all of that, insecure and lonely.

Skiba uses her own Romanian past to bring the people and places of her home country alive. She shows us what life is like for the Romanian's through the eyes of someone who has lived it. That alone would be enough to make me want to read her books, but then she adds a great love story, interesting and fully-fleshed out characters, a host of supporting players, and the intensity and drama that Skiba is a genius at giving us. A World Apart gets an A+ in my book.
Wanna get your own copy? Here are the links:

About the Author
I WRITE. I LOVE. I DREAM. I WRITE.
I’m Chris’ wife, Patrick’s mom and Bella’s owner. During the day, I’m the assistant to the Director at SESE at Arizona State University, and romance’s slave at night.

I moved to the U.S eight years ago, following my heart and the man who stole it. I love comedies, historical dramas and happily-ever-after stories. English is not my native, not my second, but my third language.

Some fun facts about me:

Each year I participate in one big event that requires me to physically train. My biggest sportive accomplishment was the 3-day 60-mile Susan G. Komen Walk.

Annually I pick a color I decree my favorite (this year it’s salmon).

I refused to text until 2010, always preferring to hear voices rather than sending emotionless messages. Politic bores me to death and I have no tolerance for arrogance.

“A World Apart” is my second book. My debut novel “Hidden Heart” came out March 2011.


DON'T FORGET TO COMMENT BELOW TO WIN YOUR OWN ECOPY OF
A WORLD APART
Posted by Cindy C Bennett at 6:00 AM 4 comments:

KM Parr and KC Neal are hosting a day of Spread <3, Not Hate. Unfortunately KM was the victim of cyber-bullying when she released her first novel. I don't know all the details of her story, though she will be blogging about it today here. But you know what?

There isn't ever a time when bullying is okay, whether in person or in cyber space. There is someone on the opposite end of your keyboard who is a real person, with real feelings. So after you go to KM's blog to read her story, my challenge to you is to search inside yourself, honestly examine your actions both past and present, and determine if you are a bully. If so, do something about it now, today. An apology and/or a commitment to no﻿ longer bully is a really good place to start.

Have a happy, bully-free weekend!

The linky list is broken, so click here to hop on over to the other blogs participating to see what they have to say about this issue!