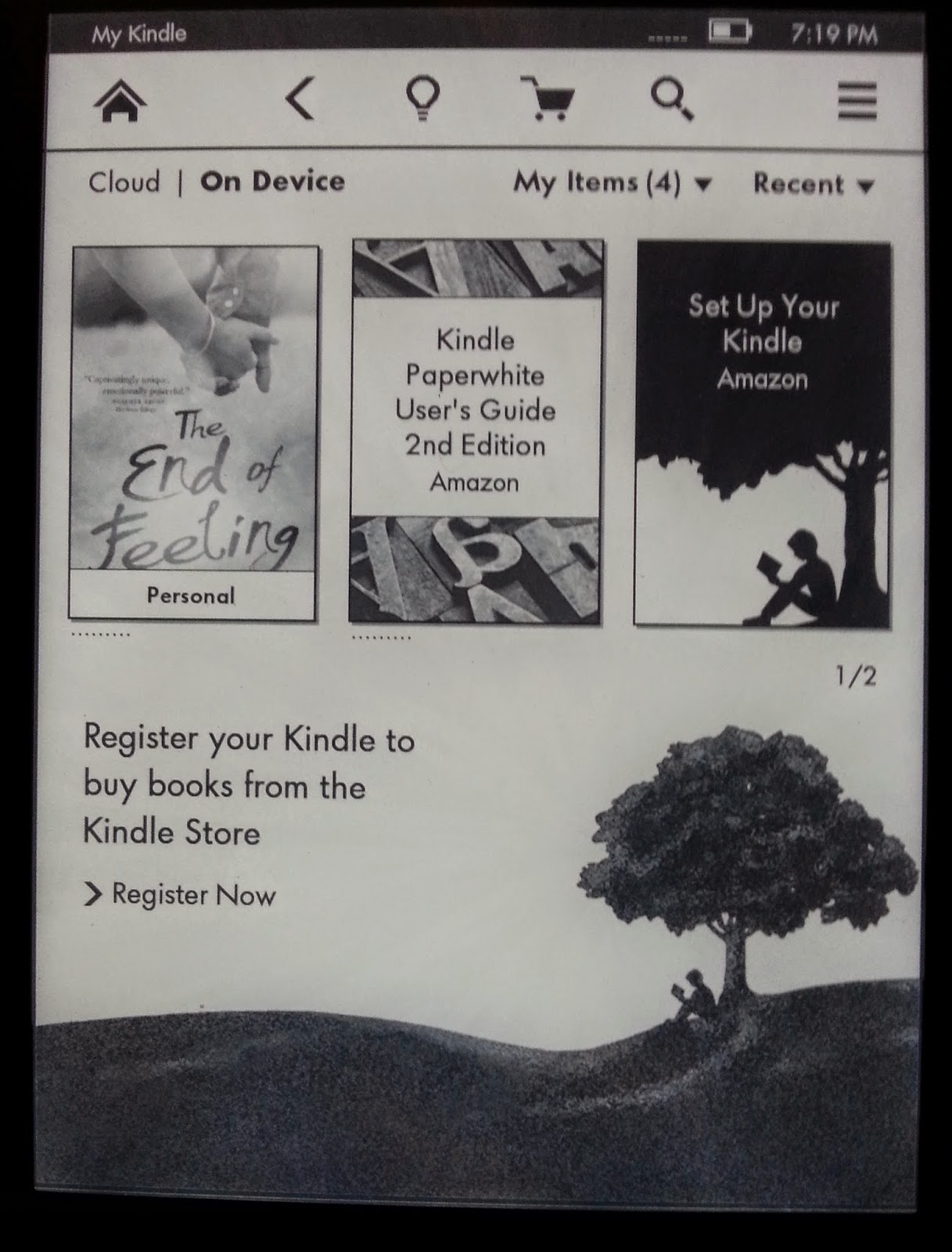 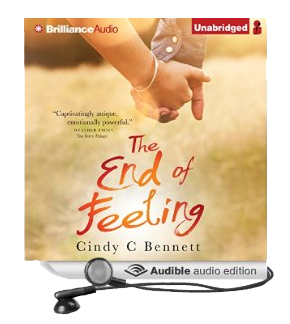 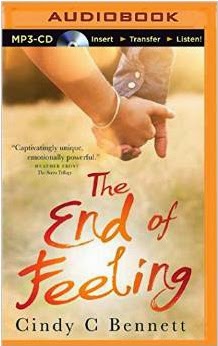 a Rafflecopter giveaway
Posted by Cindy C Bennett at 8:00 AM 4 comments:


Here are the blurbs for all the books and a link to preorder your copy!

Available for preorder on
Amazon
iTunes
Kobo
Barnes and Noble 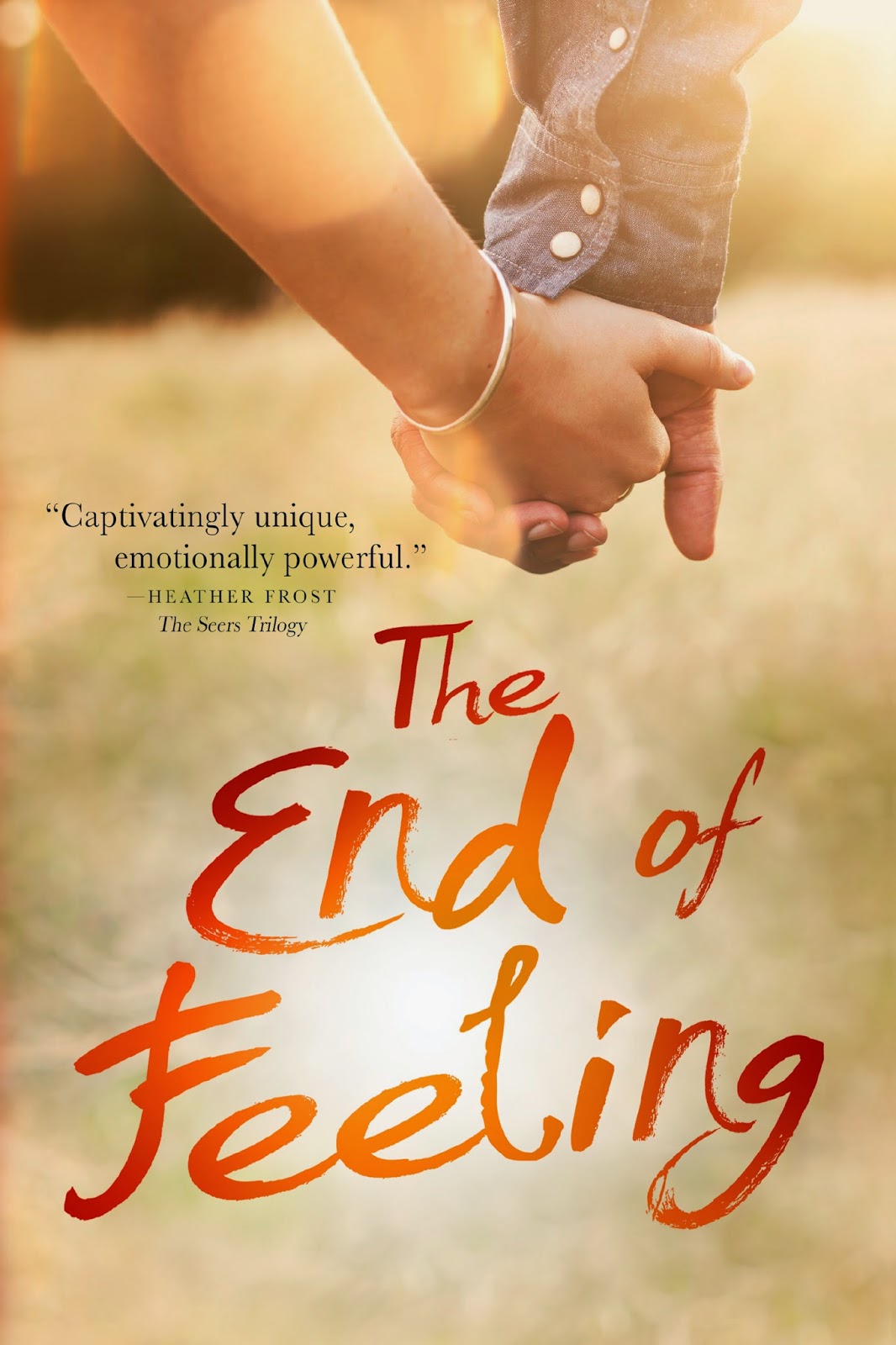 Haven Waiting: A New Release That Comes with a Party!

Hey, everyone, I'd like to announce the release of Haven Waiting by Tifani Clark. This is the sequel to Shadow of a Life, though honestly you don't necessarily need to read that one to read this - but you'll want to, just because it's a great book. And as great as it is, I think Haven Waiting is even better! Witches who are ghosts and soul savers? What more do you need?

You can read about it below, and be sure to stop by the Facebook Launch Party today from 6:00-7:30 p.m. MST. Lots of fun games and prizes to be had! You can find that here. 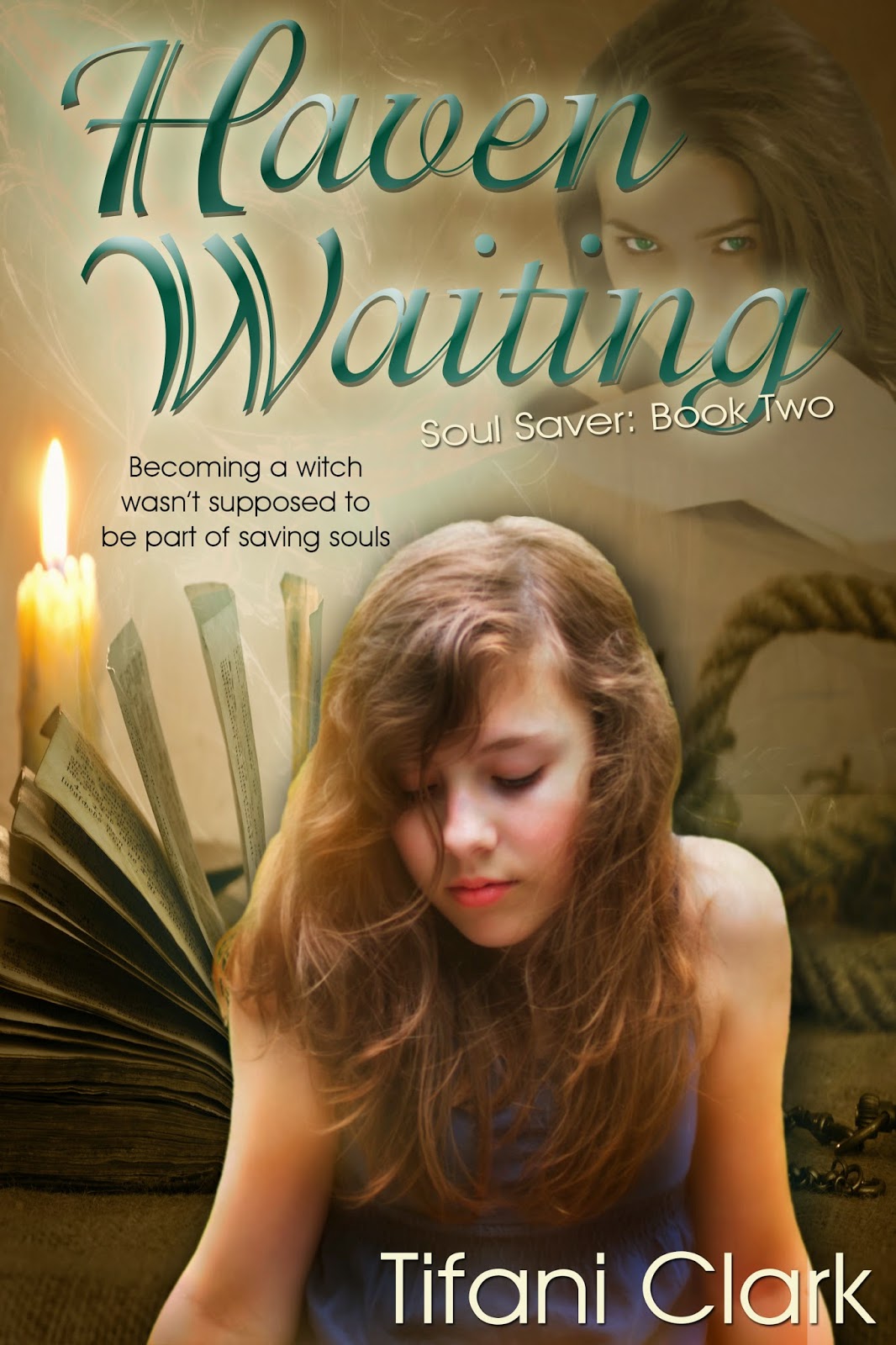 Fifteen-year-old Jamie Peters is a Soul Saver. She helps ghosts finish their business and move on. When a mysterious map comes into her possession, she knows a new adventure is waiting. With the help of her friends, Peter and Camille, she follows the map. Her friends hope to find treasure, but Jamie suspects there is more to the map than riches. She never imagined the map would lead her to Haven—and a book of spells.

Haven Mills was accused of practicing witchcraft during the Salem Witch Trials. Unlike the other women hung during the trials, Haven wasn’t as innocent as she claimed to be. In one moment of weakness and desperation, she did something sinister—something that has been bringing evil to the world for centuries.

Jamie promises to help Haven, but the reality of what that promise entails comes back to haunt her as she fights not only for Haven’s soul, but for her own as well.

Pre-order your copy of HAVEN WAITING today at:

SHADOW OF A LIFE by Tifani Clark
Soul Saver: Book One 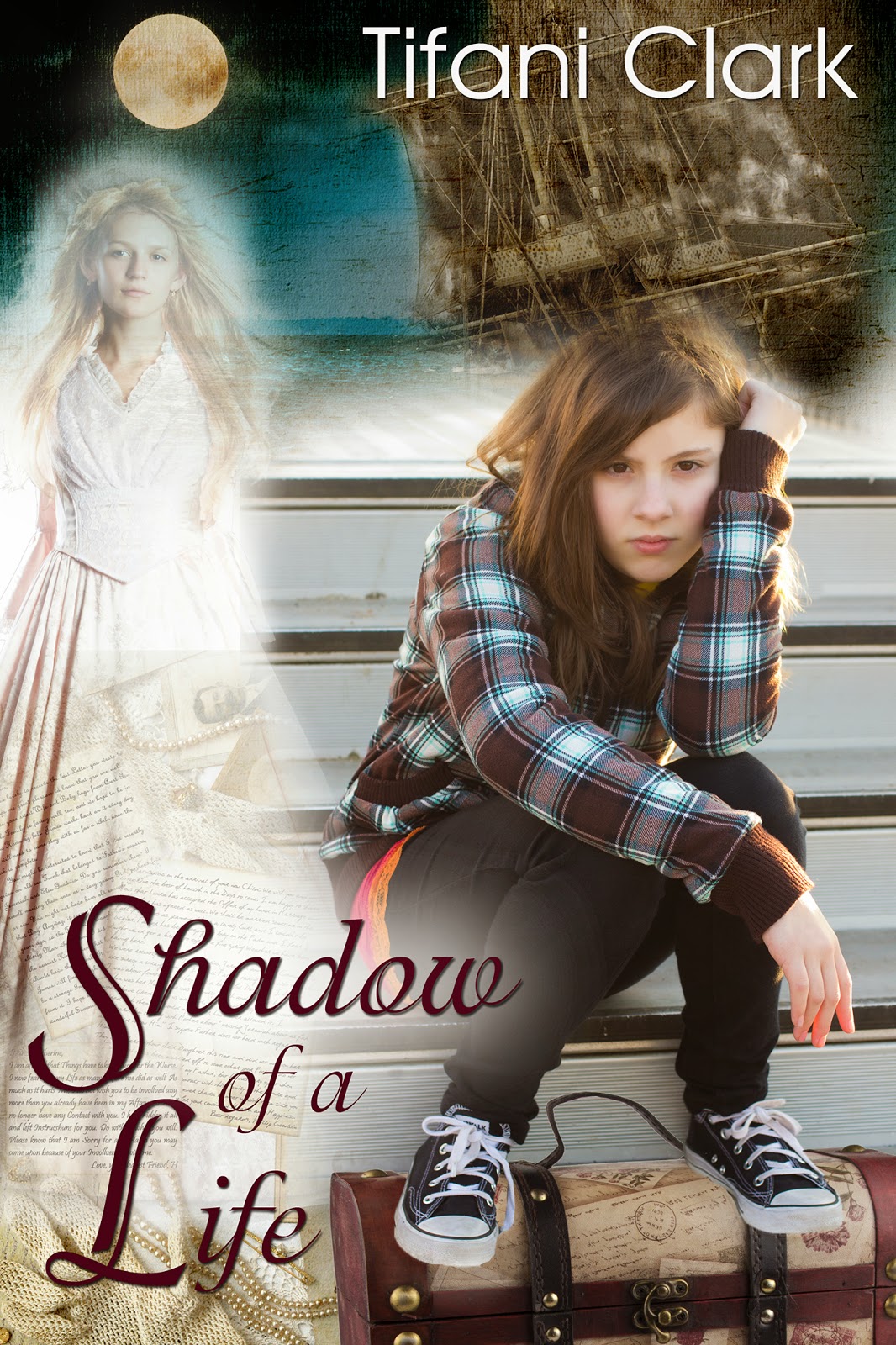 Jamie Peters plans to spend the summer before her junior year with her nose stuck in a book—not saving lost souls. Usually the girl that blends into the crowd, Jamie’s world is turned upside down when a mysterious ghost begins to follow her.
But Sophia isn’t just any ghost.
A hundred years earlier, Sophia’s disappearance sparked a national mystery that remained unsolved. Jamie knows the legends surrounding Sophia’s disappearance, but she never dreamed she would find out what really happened . . . or that her family might have had something to do with Sophia’s disappearance.
Determined to set Sophia free, Jamie blows the dust off her family’s past and unearths clues to discover what she must do to save Sophia’s soul. She enlists the help of childhood friend—and secret crush—Peter Ashby as she sets off on a dangerous quest to find a missing map. Spending the night in a graveyard, crawling through a dilapidated barn, and staring down the barrel of a gun aren’t enough to deter Jamie from helping Sophia. But can she find the answers she needs before another ghost gets revenge on her and Sophia?


Find Shadow of a Life at these retailers:

Posted by Cindy C Bennett at 4:45 PM No comments:

The Awakening by Dorine White Nightmares really do come true, and for fifteen-year-old Kyler Birkwood, they are just beginning. Raised on a farm by his Aunt Martha, Kyler has no clue about the magical heritage swimming through his blood. When he discovers evidence of a mythical creature, a terrifying beast thought only to exist in fairy tales, his safe world shatters. Left at a school of magic to hunt for clues, he is overwhelmed and disbelieved. As loved ones begin disappearing and Orcs roam the land, Kyler must undergo a journey that takes him from the High Courts of the King to the unknown forests of the East. His magic just awakening, Kyler is the lone hope for a world that will not listen.

Praise for The Awakening "Dorine White delivers twists and turns to the plot that will keep you turning the pages." ~ Melanie Mason, author of the YA historical, The Line That Divides
"The Awakening is a clever blend of folklore and fantasy, perfect for fans of Harry Potter and Percy Jackson. A furiously fun read!" ~ Laurisa Reyes, author of the YA thriller, Contact

Author Dorine White My name is Dorine White. I am a children's fantasy author and a book reviewer. I grew up back East in Maryland and attended BYU in Utah. I have a BA in Humanities with an interest in Art History and French. Currently I live in the beautiful, yet rainy Northwest with my husband and 6 children. My first novel was published in 2012 and is the beginning of the Cleopatra's Legacy series. The first two books are out, The Emerald Ring and The Ruby Pendant. Look for the third book, The Diamond Looking Glass in the summer of 2015.

$25 Blog Tour Giveaway Enter to win an Amazon Gift Card or Paypal Cash Ends 1/29/15 Open only to those who can legally enter, receive and use an Amazon.com Gift Code or Paypal Cash. Winning Entry will be verified prior to prize being awarded. No purchase necessary. You must be 18 or older to enter or have your parent enter for you. The winner will be chosen by rafflecopter and announced here as well as emailed and will have 48 hours to respond or a new winner will be chosen. This giveaway is in no way associated with Facebook, Twitter, Rafflecopter or any other entity unless otherwise specified. The number of eligible entries received determines the odds of winning. Giveaway was organized by Kathy from I Am A Reader and sponsored by readinglight.com. VOID WHERE PROHIBITED BY LAW.

a Rafflecopter giveaway
Posted by Cindy C Bennett at 4:00 AM No comments: