I was invited to one of the premier showings of The Cokeville Miracle by Excel Entertainment. I attended the showing on May 6th in Salt Lake City. In exchange, I was asked to write a review of the movie which will be released on June 5, 2015. Before I tell you my thoughts on the movie, here's some info about it, including what it's about.

The Cokeville Miracle is a dramatization based on events that happened May 16, 1986 in Cokeville, Wyoming. David and Doris Young held 136 children and 18 adults hostage in a 30' x 30' room in the small towns elementary school with a bomb attached to David Young in the center of the room. After two and a half hours of terror, the bomb accidentally detonated, but the only people who died that day were David and Doris Young. Miraculously, not one child or teacher in that tiny room was killed.

Written and directed by T.C. Christensen, best known for 17 Miracles and Ephraim's Rescue, this movie was the recipient of the Audience Choice Award at the LDS Film Festival. This Saturday, May 16th, will be the 29th anniversary of the Cokeville hostage crisis. As a way to honor those whose lives have been impacted by the horrific experience of school violence and out of respect to the survivors, Excel Entertainment has decided not to run any advertising, promotional events or social media on. Instead, they'll be observing a digital day of silence. They invite you to join in this digital day of silence by turning off your devices and spending 3 hours with the people you love.

I went into this movie knowing only the basics of the story and not even knowing if it was a dramatization or a documentary, so I had no preconceived notions of what to expect. One of the survivors of the tragedy was at the screening and spoke for just a moment. She was one of the 4th graders and she said that it was to date the closest representation of what occurred in that room that day, and that one of the things said by Doris Young about how they'd tell their children and grandchildren the story of that day was the absolute truth as she had told her children and would one day tell her grandchildren, and how grateful she was to have that opportunity.

I wanted to love this movie. It's an amazing, miraculous story in spite of how tragic it is at the same time. It would have been better served as a documentary with a few dramatizations thrown in. At the end of the movie, they showed interviews with some of the survivors, and those were far more interesting than what I'd seen up to that point.

The acting was, well, sub-par. Not what you'd expect from a feature film. More what you'd expect from Hallmark Channel or some other made-for-TV movie. There was one bright exception in the form of Kimball Stinger who played Jason Hartley, son of the town's marshal. His performance bordered on honest, and I think given just a bit of leeway he would have been exceptional. This kid has a definite future in acting. Other than Kimball, the acting was sometimes meh, and sometimes just plain bad. I haven't seen any of these actors in anything else that I can recall so I can't really say whether it's their acting itself or the directing, but it wasn't impressive in this case.

The story was sadly muddled. Instead of it being a film about this horrific event and how the town recovered and used their faith in God to rise above, it focused on one man, the town's marshal, and his complete lack of faith which was restored by this event. It almost felt like make-a-film-by-the-numbers which requires a human interest story. There was plenty of human interest with everything that happened. If I had a nickel for every time the phrase was uttered "I'm [or you're] a cop" to explain how the evils of the world had chased his belief in God away, I'd have a decent paycheck. The town's population I believe was somewhere around 575 people. How many bad things can a cop in a town that size have possibly seen? I felt this story overshadowed and detracted from the real story which was the people in the room that day and the miracles that kept them safe.

The mis en scene (which is everything that appears in a frame: lighting, actors, props, costumes, decor, etc) was hit and miss. There were some very 80s things seen that as someone who was a teen in that time I easily recognized, but unfortunately much of it felt very 2015, from clothes to hairstyles, to even something as simple as the rocker light switches which made it a bit confusing.

The villains (David and Doris) were a little like caricatures of who I'm sure the real people were. The movie tried to delve lightly into their reasoning for their actions of that day but obviously no one really knows why other than some rambling writings David left behind about being able to die and then come back to life, as well as wanting to reign over intelligent children. Instead, David's character was apathetic and uninteresting. Doris seemed to question the sanity of David at times without explanation as to why she then chose to go along with him. One explanation given is when a random cohort of David's (who added nothing to the movie and only confused the issue by being added) said to David (with rather poor delivery, I must say), "Does this have something to do with when you were the marshal here?"

Wait . . . what? He'd been marshal in this town? Tell me more. Nope, that's all they gave. So I read about him, and yes, for a short 6 month period in 1979 David Young had been the marshal in Cokeville and was dismissed for misconduct. He moved to Arizona and apparently was never heard from again until deciding to bomb this town's elementary. Why the filmmakers didn't choose to follow that thread is beyond me. That would have been far more interesting than the disjointed path they followed with David and Doris which never really led to any kind of understanding. Then again, there really isn't any understanding for why they chose to do this to these kids.

I think there is value in this movie to be sure as far as telling the story of what really happened in that room that day. I firmly believe in miracles and in angels, and so I have no doubt that what those children spoke of afterward is the absolute truth. For so many of the children to have come up with the exact same story isn't just coincidence. I was touched and teary-eyed as the marshal interviewed these kids and they told their stories because it was the most truthful part of the whole movie. I genuinely wish they'd used that as the focus of the movie since it is the story.

I'd recommend this movie to be viewed at some point either in the theater or once it's released on DVD, but watch it knowing that it isn't about the poor acting or the misguided story of one man's return to faith, but rather that it's about those kids and teachers who lived those few hours inside that classroom and their experiences. Because the things that happened there that day are miraculous and deserve to be told.

Learn more about this movie and get updates at their Facebook page.

MISS MATCH is finally here! It's time to share the rest of Brooke and Luke's story with the world. To celebrate, it's on sale for $0.99 this week only. Sale ends May 10th! 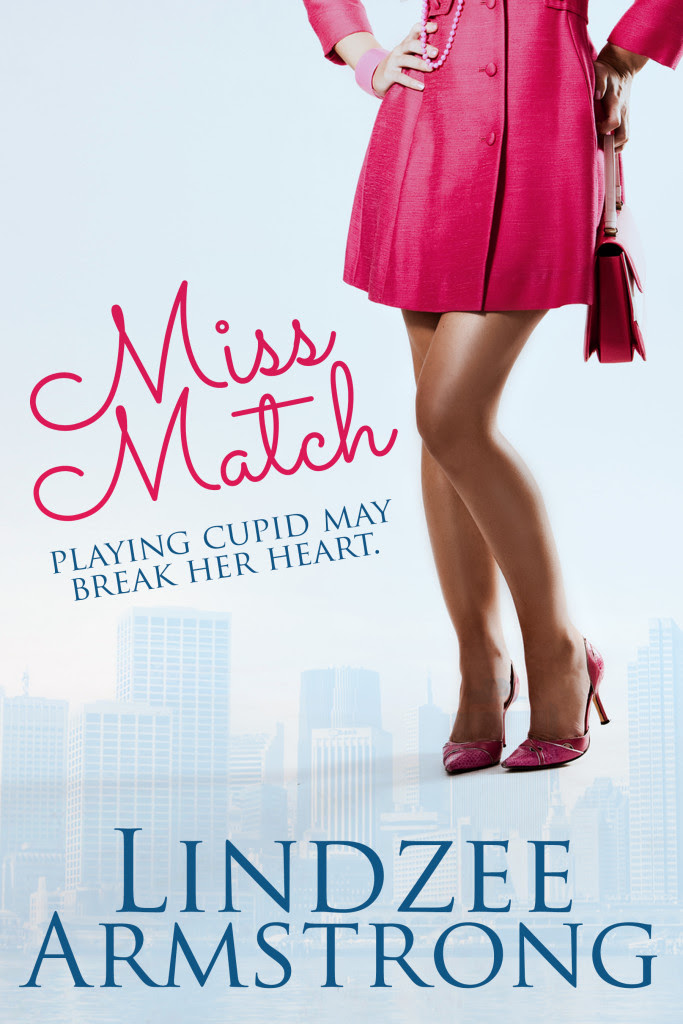 About MISS MATCH Billionaire CEO Luke Ryder doesn’t want to hire his best friend, Brooke, as his matchmaker. Not when he’s been in love with her for eight years. Too bad she doesn’t see him as relationship material and is engaged to another man. If the matchmaking company she works for closes, Brooke is out of a job, and Luke is out a best friend. There will be nothing stopping her from moving to Italy with her fiancé. And Luke isn’t about to let that happen. Brooke’s dream career may be crumbling, and she will do anything to keep Toujour in the black. Even recruit Luke, America’s favorite bachelor, as her next client. Surely his perfect smile and swollen bank account will send clients swarming to their doors. But when matching up Luke works a little too well, Brooke wonders if she’s with the right man. Maybe she should finally forget Luke’s playboy image and admit he’s changed. All Brooke has to decide is if she’s willing to risk her heart.

Brooke focused on her laptop screen. “I already filled in all the basics for you—name, age, occupation, that sort of thing. Hope you don’t mind.”

Luke put a hand to his chest in mock horror. “I thought only a client could fill out this questionnaire. Isn’t that what you told me last night?”

She rolled her eyes. “I can delete it all and we can start over.”

“No, no.” He sniffed dramatically. “I can tell you’re trying to get rid of me as quickly as possible.” And there he was—a glimpse of the old Luke. Brooke grinned. Maybe this matchmaking thing would be good for him after all.

“Okay, first question. What qualities are you looking for in a partner?”

Brooke burst out laughing. “And what exactly is your definition of ‘hot?’”

Brooke’s laughter died. Her cheeks heated, and she looked away. “Be serious.”

“Well, because . . .” Because Antonio would hate it. Because I’m glad you find me attractive. “Because I’m engaged.”

Luke raised an eyebrow. “Being engaged doesn’t diminish your hotness. It’s not like there’s a rule
against complimenting you."

"Maybe there should be.” Her heart pounded.

“We don’t want to mess up our lucky number fourteen by adding another rule.”

“Relax, Brooke.” Luke motioned to her laptop. “Honestly, I want someone compassionate. Someone loyal. I want a girl who cares more about others than she cares about herself. Someone who likes me for me and not for my money.”

He shrugged. “I could make up something better.”

Because Lindzee is so excited about this book--and to celebrate Mother's Day--the short prequel novella, Meet Your Match, will be FREE on kindle from May 6th - May 10th. So you can get both the novella and novel for less than a dollar, this week only! Get your copies before the prices go up.

To find out about future releases in the No Match for Love series, sign up for Lindzee's newsletter on her website. 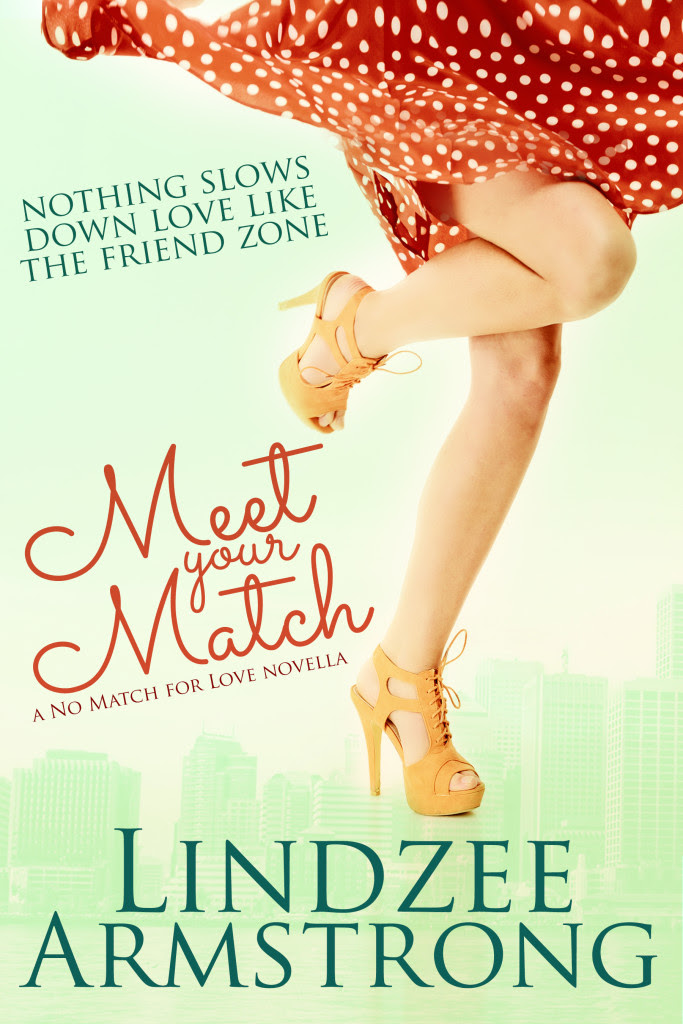