One of my favorite authors has a new book releasing soon called Chasing June. It's currently on tour (as you can tell by the banner below) and today Shannen and the tour are kind enough to stop here to say hi.

June Laurie has it all-a budding career on the hit crime drama Forensic Faculty, a supportive and perfect boyfriend in her best friend Joseph Cleveland, and hopes of transferring her acting skills to the stage at college. But in a series of plot twists as dramatic as any Hollywood storyline, June's dreams dim with a heavy dose of grown-up reality. Once she starts school at BYU, June's days become filled with classes and the new challenge of dealing with jealous theatre majors who seem determined to give her the cold shoulder. Her happy plans for a future with "the one" take a turn, too, when Joseph dumps her to focus on preparing for his two-year LDS mission. Casting directors and the siren call of stardom beckon her back to California, while an old co-star appears on the scene to confuse things even more. Caught up in the drama of life-the type that has more intrigue, subplots, and unexpected romance than a murder mystery game-June starts to wonder if maybe her life's script might end with a grand finale she never saw coming. 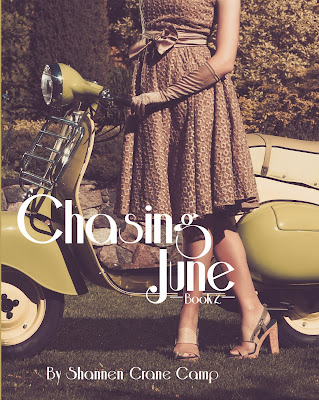 My review: Chasing June is a great follow-up to Finding June, the first book in the series. June is as charming as ever, and Joseph is as wowzer as ever (is wowzer a word?). I will say Joseph made a lot of bone-head choices in this book that frustrated me, but Ryan swooped in to fill the swoon-worthy role of hero. I didn't much care for Ryan in the first book--no, that isn't right. I did care for him, I just wasn't weak-kneed over him. That changes in this book. Shannen does a great job of creating a realistic triangle that makes it hard for you to decide which team you're on. I thought I was firmly team Joseph, but now I'm wavering toward team Ryan. I'll decide after the third book! Great second novel in the series, and of course I always recommend anything by Shannen Crane Camp, and that goes for this book as well!

Add it to your shelf on Goodreads!

Chasing June is the second book in the June Series. Check out the first book, "Finding June" here. You can read my review of it here. 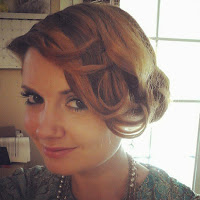 Shannen Crane Camp was born and raised in Southern California, where she developed a love of reading, writing, and anything having to do with film. After high school, she moved to Utah to attend Brigham Young University, where she received a degree in Media Arts and found herself a husband in fellow California native Josh Camp. The two now live in either California or Utah... they still can't decide.
Shannen loves to hear from readers, so feel free to contact her at Shannencbooks@hotmail.com or visit her website for more information: http://shannencbooks.blogspot.com


Come check out the rest of the blog tour! 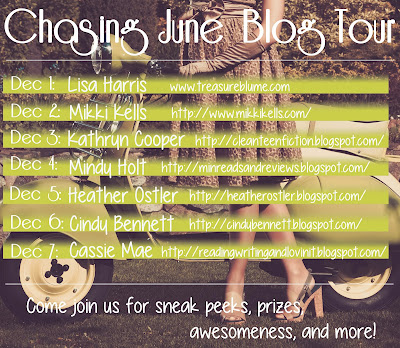 Enter to win a signed paperback copy of "Chasing June"!

See the giveaway details
at Goodreads.
Enter to win