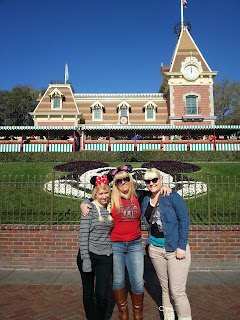 I've been slacking on blog posts lately. As you know, I went on vacation to California - and it was great to escape the cold, snowy, inversion-laden valley here. On the flight home from Cali, I could feel a cold coming on, though I really hoped it was allergies. Alas, I woke the next morning with a horrible cold, then Christmas came, and with the busyness of the season and not feeling well, I've been neglectful.

I'm back now, and feeling better, so I wanted to take a minute to report on my fun time away. It was a great Christmas gift, being able to spend some time with my daughters.

We spent a few days in the LA/Hollywood area, visiting Universal Studios, Hollywood Walk of Fame, Grauman's Chinese Theater, and taking a tour to be annoying tourists who gape at celebrities houses.

We then drove to Anaheim to spend the remainder of our days at the Happiest Place on Earth - though from some of the crying and ornery people I saw, apparently they didn't receive the memo.

Cars Land is something new at California Adventures since I last visited. Gotta admit I'm not a fan of the movie, but they did a great job with Cars Land. We went on one of the new rides, Radiator Springs Racers, and would probably have purchased this picture because it was our first time on it, but the man in the front of the car was the icing on the cake, making it required for us to purchase the photo.

So you might wonder why I'm including a pic of a random bag of candy. This bag of candy saved us from a major medical issue in the form of a seizure. My daughter has type I diabetes, and this night we were leaving Disneyland quite late. As we walked through Downtown Disney, she suddenly stopped and asked to sit down. Her blood sugar had taken an unexpected dive, even though she'd just finished a large box of popcorn. Everything in Downtown Disney was closed, and there were very few people around. We, poorly planned, didn't have any quick sugar on us, since we were only about a ten minute walk from the hotel. My other daughter began running around, looking for help. She found a couple of young Disney workers who couldn't help other than one of them offering his bag of candy he happened to have in his jacket pocket. Thank heavens he did, because I don't know what we would have done, other than watch Lexcie have a diabetic seizure. Okay, honestly it wouldn't have gotten quite that dramatic since we did have a Glucagon shot on hand we could have injected her with, but since she was still conscious that seemed a little like overkill. I wish I knew the name of the guy who gave it to us, because we sure were grateful! Soon after, Lindsay spotted some cleaning people in a bakery and managed to get a bottle of orange juice from them - free, thank you to the bakery peeps - and we were able to avert the crisis.

I'm very grateful for the chance I had to go to one of my favorite destinations, and for the time I was able to spend with my daughters. I hope you all had as blessed a Christmas as I did, and that you have the happiest new year! 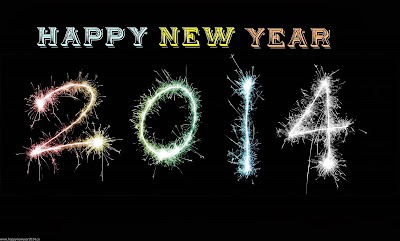