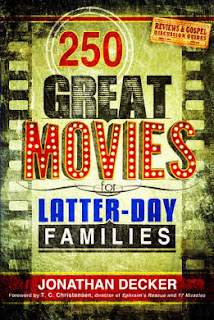 Decker could have just as easily called this book 250 Movies for People Who Care What Their Families Watch. I can’t begin to fathom the amount of time it took him to compile this long list of movies, including a brief description which is also pretty much a review, anything offensive in the movie, a grade, and then he relates it to some scriptural lesson.

I would love to sit and debate some of the grades he gave movies (Captain America and Napoleon Dynamite both only scored a B? Dude! B+ for one of the greatest movies ever, Revenge of the Sith? You’re killing me, Smalls! And speaking of Smalls, where’s The Sandlot?). And, you know, I just really love a good rousing debate about movies because I happen to be a big fan of them, so there’s that. Plus, I think the fact that some of his choices even inspire debate is an awesome thing. Debating aside, I have a great respect for probably 95% of his opinions, and 100% for the time, effort, and thought he’s put into his choices.

Some of the movies are specifically LDS movies, but most are mainstream and I think anyone who worries about exposing their kids to inappropriate movies can use this as a guide to watching clean, uplifting, message-laden movies. I recommend it.

Grab your copy of the book today. 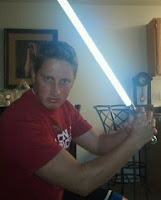 Jonathan Decker was born and raised in Arizona. He's married, and the father of three. He works as a marriage and family therapist, as well as running his blog, Mormon Movie Guy. He also co-hosts the podcast Mormons at the Megaplex and hosts a segment each week on The KJZZ Movie Show. You can reach him at mormonmovieguy@gmail.com.
Posted by Cindy C Bennett at 2:00 AM