For the final episode of season 2 of Pretty Darn Funny, Nora must lead the PDF crew through 26 minutes of circuit training.

My thoughts: This was my least favorite episode of the season. I just didn't find it particularly funny, though it was mildly amusing. Nora's whining was annoying. The two funniest things about it were the mom leaving behind final instructions for her kids on her cell camera ("Seek after things that are virtuous, lovely, and praiseworthy before everybody else does and it gets all mainstream." "Promise me you won't ever go to a Nickleback concert - even if it's ironically") and toward the end when the mom/grandma has a bobbypin hanging from her bangs. Otherwise it was . . . meh. And, as a mom of someone who serves in the armed services, I was offended by the final image wherein they seemed to think their accomplishment was worthy of duplicating the two famous, very similar images of firefighters raising the flag after 9/11 and the soldiers raising the flag at Iwo Jima. I don't know if it was intentional or just appeared that way, but it rubbed me wrong. Maybe it's just my mood. What do you think? 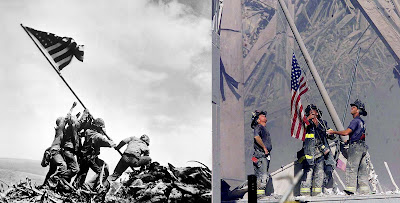 Below, you can enter the contest to win this weeks prize sponsored by Deseret Book, The Power of Starting Something Stupid by Richie Norton

What if the smartest people in the world understand something that the rest of us don't? (They do.) What if they know that in order to achieve success, they will sometimes have to do things that others may initially perceive as stupid? The fact of the matter is that the smartest people in the world don't run from stupid, they lean into it (in a smart way).
In The Power of Starting Something Stupid, Richie Norton redefines stupid as we know it, demonstrating that life-changing ideas are often tragically mislabeled stupid. What if the key to success, creativity, and fulfillment in your life lies in the potential of those stupid ideas?.